Maya Gold & Silver says it achieved commercial production at its Zgounder silver mine in central Morocco.

By
Tarek Bazza
-
Tarek Bazza is a journalist at Morocco World News with Master’s degree in Translation from King Fahd School of Translation in Tangier.
Jan 11, 2019
Spread the love

Rabat – Canadian company Maya Gold & Silver announced it reached commercial production at its Zgounder silver mine in central Morocco on January 1, the company said in a statement January 9.

With the installation of a three-fold effect milling capacity and output at Zgounder, Maya said it “reached an important milestone.”

The Montreal-based company completed the commissioning and testing phase of its 500 ton-per-day flotation mill, located at about 260 kilometers east of the port city of Agadir.

During a 28-day period, Maya processed 4,622 tons of low-grade ore at an average silver grade of 157 grams per ton.

“The overall silver recovery with flotation followed by cyanidation of the flotation concentrate” achieved 80.3 percent which is, according to the miner, “better than expected for the testing phase.”

“The flotation mill produced 321 tonnes of concentrate at a grade of 1,861 [grams per ton of silver] for a 7% weight recovery.”

“Our team’s execution capabilities delivered the mine on schedule and in line with our expectations. As demonstrated by its very low cash cost of below $6.37 [per ounce], the Zgounder silver mine is expected to immediately start contributing to Maya’s free cash flow,” said Mokaddem.

Maya holds an exploitation license which covers 16 square kilometers at the Zgounder silver mine.

Mining installations include a cyanidation plant with a 300 ton-per-day capacity, a chemical analysis laboratory, a crusher plant with a capacity of 300 tons per hour, a compressor station, an electrical power station, and a machine shop.

Maya Gold & Silver is a public Canadian mining company focused on the exploration and development of gold and silver deposits in Morocco.

The company produced 277,277 ounces of silver in Zgounder mine in the fourth quarter of 2018 with over $4.97 million in revenue from silver at the end of September 2018.

Maya owns 85 percent of the Zgounder mine and its subsidiary, ZMSM, while Morocco’s National Office of Hydrocarbons and Mines (ONHYM) owns 15 percent.

The miner’s portfolio includes “the Boumadine polymetallic deposit located in the Anti-Atlas Mountains of Eastern Morocco. The property is a joint venture with ONHYM whereby Maya retains an 85% ownership.” 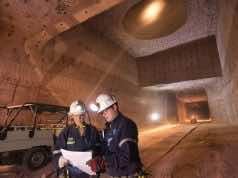 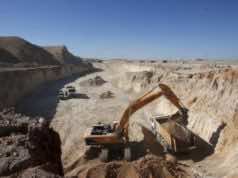