“The agency sent no postal mail to the beneficiaries with regard to this plan,” ANAM says.

Rabat – The Moroccan National Health Insurance Agency (ANAM) has denied  allegations that it applied an MAD 480 fee to each beneficiary of the Medical Assistance Plan (RAMED). ANAM affirmed that the procedures have not changed since RAMED started in 2008.

Beneficiaries’ financial contributions are set based on the decisions of the permanent local commissions, which include representatives of various ministries.

These commissions divide the beneficiaries into two categories: low-income people and people living in precarious circumstances.

Low-income people are further divided into those who pay and those who do not.

The contribution of each member of a household in precarious circumstances is MAD 120 per year, with a maximum threshold of MAD 600 per year for each household.

RAMED started as a pilot project in the Tadla-Azilal region in 2008 and became fully operational in 2012, ANAM assured Moroccans in a statement.

Launched in 2012, RAMED extends basic medical coverage and seeks to improve access to basic services to millions of disadvantaged citizens. 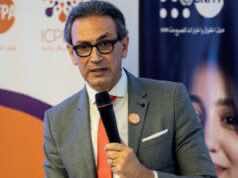 UNFPA Supports the Upcoming Population and Housing Census in Morocco