Adams relied on his father’s tips and GPS tracking to find his way to win.

Adams told CNN he relied on his father’s tips and GPS tracking to find his way to victory. Alone for much of the race, the teenager finished 30 minutes ahead of his closest competitor.

“The navigation is a skill in itself. I think that’s what makes this event so unique,” Adams told CNN. “You could be the fastest rider there but if your navigation isn’t up to scratch, you’re not going to do well.”

“The further you go from the big cities the friendlier and more interesting the people seemed to become,” added Adams.

E-Bike Desert Challenge requires cyclists to cross the desert of southern Morocco by bike for five days. Adams competed in the 25-class category, which uses bikes with 250-watt electric motors that can go up to 25 kilometers per hour.

Further showing the potential of electric power in Morocco, the second race of the new Formula E season took place Saturday at the Marrakech ePrix.

Morocco is moving forward with electric energy. The country boasts the world’s largest concentrated solar energy farm, the Noor complex, which is expected to provide electricity to over one million people when it is complete.

After Libya and Tunisia, the rally arrived in Morocco in 2013. Belgium’s Gert Duson, the race director, and Elisabeth Haldermans organized Roc Du Maroc, an extreme mountain-bike endurance challenge, and the Togo Jungle Challenge. 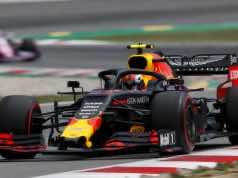