Gabonese President Ali Bongo Ondimba had been in Morocco since November 2018 to finish recovering after suffering a stroke in Saudi Arabia in October.

Rabat – Gabonese President Ali Bongo Ondimba left Morocco on Monday for Libreville,  to chair a ceremony of the new government’s swearing-in. Ondimba had appointed a new prime minister from Rabat.

AFP quoted a source close to the president saying that “doctors have estimated that this trip poses no danger to his health.”

Gabon faced a coup attempt on January 7, when a group of soldiers seized a state broadcaster and announced their plans  against Ondimba.

Authorities intervened and two rebels were killed while the military retook the national radio office.

The Gabonese president promised his citizens that he would return to the country after recovering, promising people “ a new day.”

“It is true that I have been through a difficult period, as sometimes happens in life,” he said.

“Today, as you can see, I am better and I am preparing to meet you again soon,” he added. 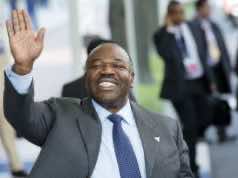