The French language will continue to be the first foreign language taught in Moroccan public schools, despite calls to replace it with English.

By
Ahlam Ben Saga
-
Ahlam Ben Saga is a Cultural Studies graduate from university Mohammed V of Literature and Humanities in Rabat.
Jan 18, 2019

Rabat – “French will remain the second language (after Arabic) in Moroccan public schools, at least throughout the next ten years,” said the country’s minister of education, Said Amzazi.

During a press conference on Thursday in Rabat, Amzazi ruled out the possibility that English may soon replace French in schools. He said: “Everyone knows that science books are currently available in English more than French, and in French more than Arabic. But we teach in the French language.”

Amzazi argued that if Morocco decides to embrace English textbooks while the country “possesses a human capital of teachers competent in French, it will face a shortage in qualified human capital that could not be alleviated for at least ten years from now.”

Inevitably, criticism followed Amzazi’s statements, as Moroccans took to social media to argue that English should be integrated into school curricula as the first foreign language because it is viewed as the “language of globalization.”

French remains the dominant foreign language, owing to 44 years of French rule from 1912 to 1956. Many Moroccans believe that the dominance of the French language in Morocco is an unwanted leftover from French colonization, demanding a change.

The two official languages in Morocco are Arabic and Tamazight (Berber).

The new generation of Moroccan youth, however, are showing more interest in English than French, evident by the number of students enrolling in the English department at Moroccan universities.

The former head of the English Department at Mohammed V University of Literature and Human Sciences in Rabat, Hassan Belhiah, told Morocco World News that more students seek English degrees than any other at the humanities faculty.

“We are the number one sought major. Because of that, we hold one or more diagnostic tests to select a reasonable number of students taking into consideration faculty-student ratio, class size, and available human resources,” he said.

Belhiah said that in 2017, the faculty “administered two diagnostic tests to more than 1,000 students and selected 420.” Those not selected could choose another major.

On the other hand, Belhiah believes that the new students’ mastery of English is not as adequate as that of students from previous generations.

“I believe that the new students are not as qualified compared to previous cohorts. Although most of them seem to speak English fluently and to be digitally literate, they have severe deficiencies in academic skills, especially in reading, writing, analyzing, and synthesizing,” he explained.

Belhiah’s statements reflect a study by Education First’s (EF) 2018 English Proficiency Index, which indicated that Morocco’s proficiency is considered “very low.” The country ranked 60th out of 88 countries with a score of 48.10.

In regards to free education, Amzazi explained that the government guarantees “free education throughout compulsory school years.” However, the draft law only refers to  “free registration,” for primary, secondary, and high school. “Tuition fees” for university are not included.

“Our goal is to help families with limited income with the registration fees which costs MAD 100 at the beginning of the school year.”

“Inscription fees will be instilled in some majors of higher public education institutions,” an official at the Ministry of Education told Morocco World News.

The payment may also include other costs in universities  and other establishments of higher education, as well as “qualifying teaching” in high schools.

Amzazi revealed that the government’s new “emergency program” has improved the situation in some Moroccan universities by “enabling the expansion of university spaces to alleviate crowdedness.” 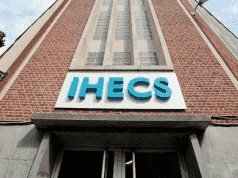 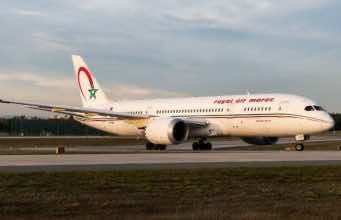