The Trump administration dismissed an Israeli channel’s report about a peace plan as baseless. 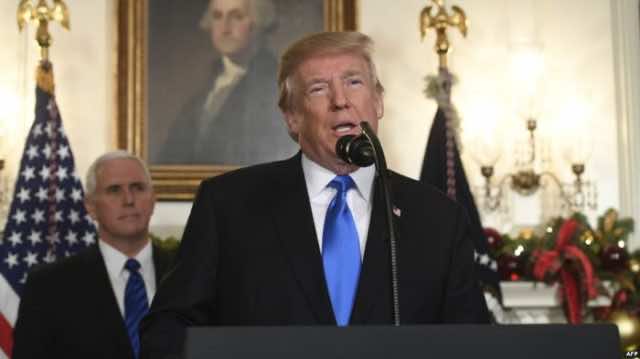 Rabat – The White House dismissed an Israeli channel’s claim that the US wanted to propose creating a Palestinian state on most of the West Bank as “unfounded speculation.” “As in the past, speculations regarding the peace plan are inaccurate. We have no further reaction,” Israeli Channel 13 quoted the White House as saying.

Channel 13 claimed that the Trump administration’s peace initiative would propose establishing a Palestinian state on 85 to 90 percent of the West Bank, with the capital of Palestine being located in “most Arab neighborhoods” in East Jerusalem.

Tel Aviv-based Peace Now reported that a number of 641 housing unit tenders were made in 2018, a record number since these figures were published online in 2002. Last year saw a total of 3,808 Israeli housing unit tenders throughout the West Bank, compared to 3,154 units in 2017.

Peace Now linked the increase over the past two years to Israeli government pressure for settlement expansion coupled with the silence of the Trump administration.