Are the government’s slavish spending on infrastructure and repeated promises to better Moroccans’ lives the most visible side of a darker tale?

Rabat – A recent poll has found that Moroccans are pessimistic about their financial prospects, given the country’s deepening unemployment and poverty levels.

Citing figures from the results of the latest Afrobarometer survey in its January 21 edition, Akhbar Al Yaoum reported that more than 66 percent of Moroccans rated unemployment as the most serious impediment to their own and the country’s economic prospects.

According to the survey, the majority of Moroccans said they have been disappointed by the government’s employment policies, and they think authorities are not doing enough to curb unemployment.

Sixty-six percent of the participants rated the country’s employment issues far above corruption and social exclusion, saying that “unemployment is Morocco’s greatest concern.”

Afrobarometer’s study, which surveyed 1,200 Moroccans, found that only 1 percent considered that the Moroccan government has done enough in recent years to improve employment prospects.

In contrast, 87 percent said that authorities “have done nothing” to fight poverty and unemployment.

They said the country’s daily realities are a striking contrast to the government’s repeated promises and much-reported news and images of a rapidly modernizing Morocco.

What are the causes?

While Afrobarometer’s sample expressed widespread agreement about labor market uncertainty, opinions were relatively divided when it came to their assessment of the root problems in Morocco.

Whereas 66 percent said that unemployment is the country’s foremost issue, 39 percent said Morocco suffers most from a crumbling health sector, and 38 percent considered that fighting poverty and social exclusion should be Moroccan authorities’ top priority.

Meanwhile, 20 percent spoke of corruption and complacent public services as preventing development the most. They said that curbing widespread corruption would positively impact other sectors, including labor and health.

Other surveyed Moroccans mentioned problems including shortage of drinking water, inefficient economic policies, insecurity, public transportation, and lack of sufficient infrastructure. But such issues were globally perceived as part of more important issues, such as corruption and unemployment.

Afrobarometer’s findings come amid other reports of increasing financial uncertainties for Moroccans.

A recent study on household confidence indicated that Moroccan families believe it is nearly impossible to save any part of their monthly income. Conducted by Morocco’s High Commission for Planning (HCP), the study found that 82 percent of households said they will not be able to save in 2019.

An official government report has established that 600 engineers leave Morocco annually in search of better employment and financial prospects.

The findings of Afrobarometer’s study echoed such sentiments.

According to the study, 36 percent of Moroccans think that leaving their country will improve their financial prospects. 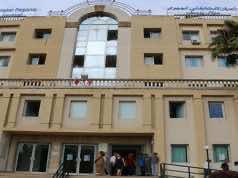