Rabat – The prosecutor at the Rabat Court of Appeals issued an international arrest warrant for Egyptian Al Jazeera journalist Ahmed Mansour on Monday.

The marriage contract Mansour and Fritis signed, however, is allegedly not recognized in Morocco. Fritis was 26 years old at the time of the wedding. The journalist reportedly paid a brideprice of $9,000.

The couple spent their honeymoon in Turkey. But at the Istanbul airport, the journalist abandoned his new bride, according to her story.

Germany arrested Mansour in 2015 at the request of the Egyptian police. A German court acquitted Mansour on charges of rape, theft, and kidnapping. 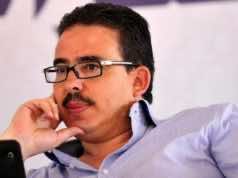