Customers can use Glovo for anything from retrieving forgotten items like keys or an umbrella to ordering take-out or sending a special someone flowers or chocolate. 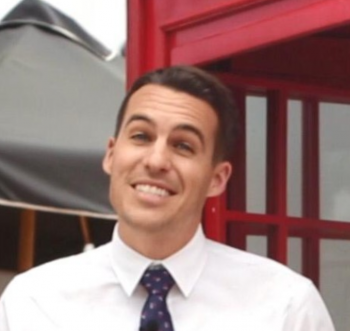 Rabat – Anyone living in Casablanca would be hard-pressed to miss the yellow Glovo billboards that have blanketed the city for the last five months.

And even if you managed to miss them, surely the army of mopeds with yellow Glovo boxes or the persistent YouTube advertisements would have attracted your attention. So what is Glovo?

Glovo is a delivery service application that began in Barcelona in 2015 and has rapidly expanded to 19 countries on multiple continents.

Using your smartphone, you can order anything that fits on a bike or moped and have it delivered to you or to someone else!

Customers can use Glovo for anything from retrieving forgotten items like keys or an umbrella to ordering take-out or sending a special someone flowers or chocolate.

Recently, my wife ordered a book from a shop downtown. The shop called when it arrived, but rather than spend the time to go pick it up, she had a Glover buy the book and deliver it right to our door! The delivery fee was small compared with the time and stress of battling traffic, fighting for a taxi, searching for an elusive parking spot, or purchasing a tramway ticket.

Currently operating only in Casablanca and Rabat, Glovo has plans to expand their services into Marrakech, and eventually Tangier, Fez, and Agadir.

Customers can pay with cash or with credit card, so no money is exchanged with the courier. The app also sends notifications to let you know when your order has been picked up and an estimated time of arrival.

Glovo’s entrance into Morocco may boost the local job market. Couriers can begin earning income with only a bicycle, and as independent contractors, they have flexibility in the hours they work. Glovo’s network of couriers may lower the unemployment rate and provide a source of income for families.

Glovo’s arrival also highlights the ripe opportunities that exist in Morocco for businesses with a vision to capture market share as early entrants.

Though many Moroccans look to Europe as the land of opportunity, international companies recognize the incredible potential of the Moroccan market and are setting themselves up to ride the wave of Morocco’s emerging economy. Glovo is a sign of what is to come: Digital start-ups offering new services to Morocco’s burgeoning middle-class.