Moroccans aged 19 to 25 will be required to perform 12 months of military service.

Rabat – After both houses of the Moroccan Parliament adopted Law 44.18 on military service, the Moroccan government approved two decrees to implement the law.

The military service is expected to start in September after the launch of a national campaign to inform citizens.

He added that the project aims to “provide young Moroccans with the opportunity to acquire vocational and technical training so that they can join the labor market and integrate into the national economic life.”

Commenting on the decrees, El Khalfi said that the law includes the adoption of a voluntary application procedure for Moroccan women and citizens residing abroad in order to protect their rights. The original obligatory service law applied equally to men and women.

El Khalfi added that King Mohammed VI will review the two decrees soon, before they can will be published in the official gazette.

The procedure will be followed by the launch of a national communication campaign that will announce the details of the new law.

According to El Khalfi, 10,000 people will be summoned to conduct the military service each year.

People over the age of 25 who were eligible for an exemption can still be called to service up until the age of 40 if the reason for their exemption is no longer relevant.

The bill grants exemptions for illness and married individuals. Men who are supporting their families financially will also be exempted. 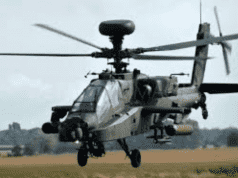