Getting into politics, the Moroccan Nizar Berdai was elected to the Youth Parliament of Quebec.

Rabat – Nizar Berdai has become a member of the Youth Parliament of Quebec, Canada’s francophone province, and is planning to defend the interests of the community he represents.

“It’s time to ensure a better future for my fellow citizens,” Berdai said to Maghreb Arab Press (MAP), stressing his determination to develop his leadership and political skills to do so.

Berdai is now one of the few members of the Arab-Muslim community within Quebec’s Youth Parliament, which is devoted to promote democracy. To get elected, the 21-year-old had opportunities to debate multiple issues concerning Quebec’s youth.

After getting his baccalaureate degree in Sale, Rabat’s twin city, Nizar Berdai moved to Canada in 2015 to pursue university studies in finance and political science.

Now, Berdai is a fourth-year finance student at HEC Montreal. At the same time, he is completing a political science degree at McGill University.

The young man is bringing a Moroccan touch to the Youth Parliament of Quebec, following in the footsteps of Fatima Houda Pepin, the first Muslim woman to be elected to Quebec’s National Assembly.

The Youth Parliament’s goal is to encourage young people to better understand and debate various major issues affecting Quebec and to enhance intellectual trainings and leadership skills among young Quebecois. 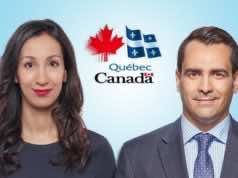