Iconic magazine Vogue recently published a feature on the merits of Moroccan seaside town Oualidia as a holiday destination.

Rabat – A Vogue writer Lane Nieset has published a travel feature on Oualidia, a coastal village in the El Jadida region of Morocco.

She dubbed the village the “Montauk of Morocco,” comparing Oualidia to the famous surf town in New York that draws crowds every summer.

Among the benefits of visiting this seaside town, she listed its temperatures and conditions that allow for year-round surfing.

Of course, there’s more to Oualidia than surfing; Nieset also highlighted that its a great place to birdwatch in the spring and autumn bonds as 400 species of birds migrate via the village.

Excellent cuisine and local seafood are also on offer, as Oualidia is home to 7 oyster farms.

“While Essaouira’s UNESCO-listed medina … and beach resorts may be a more common pairing with Marrakech, Oualidia’s noticeable lack of hotels is part of the village’s charm.” 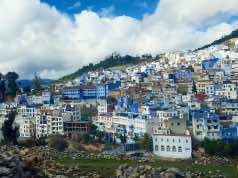 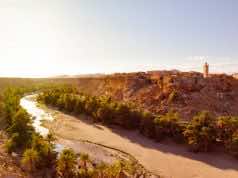