Morocco is keeping the spread of foot and mouth disease among cattle in check. 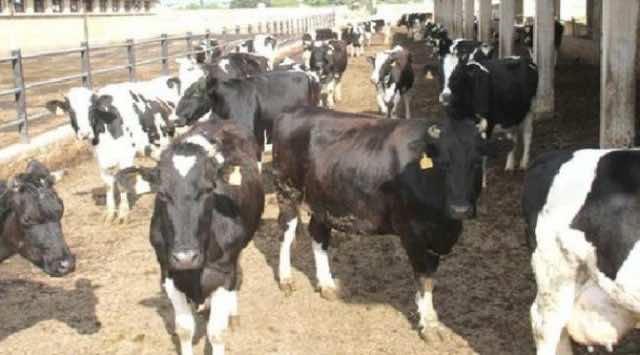 Rabat – After audio recordings from Moroccans warning about foot and mouth disease (FMD) went viral on social media, the National Office of Food Safety (ONSSA) announced on Friday that it was carrying out a vaccination campaign among susceptible animals across Morocco.

As the viral recordings warned Moroccans from purchasing or consuming beef for fear of the spread of the epidemic among people, the head of ONSSA’s veterinary services, Farid El Amraoui, stressed that FMD “does not affect humans” and poses no threat to their health.

El Amraoui explained: “People may play a role in the spread of the virus (among cloven-hooved animals) by moving from an animal farm affected by the virus to another farm.” The virus can live on the surface of farmers’ clothes.

Throughout the past two weeks, ONSSA’s veterinary services launched their January 2019 plan against the disease, vaccinating more than 500,000 cattle, 17 percent of the cattle in Morocco, ONSSA said in its Friday statement.

Animals in certain regions are more likely to contract FMD. So far, the disease has broken out in the provinces of Fquih Ben Saleh, Khouribga, Sidi Bennour, Tangier, and Kelaat Sraghna.

ONSSA has concentrated its vaccination campaign in the affected regions. Forty-five 45 percent of cattle have been vaccinated in Khouribga province, 43 percent in Fquih Ben Saleh, and 30 percent in Sidi Bennour province.

ONSSA is currently carrying out cleaning and disinfection operations on affected farms and putting down all animals affected by the disease.

FMD is an infectious and fatal viral disease that only impacts cloven-hooved animals, such as cows, goats, sheep, and pigs.

The virus causes a high fever that goes on for days and inflicts blisters inside the mouths and on the hooves of susceptible animals.

FMD first appeared in Morocco in 2015. Morocco has ever since launched vaccination campaigns against the disease.