Earlier this week, the father of Nasser Zefzafi, Ahmed, said that his son’s ill health was due to violence he suffered on the day of his arrest “when his head was banged against the wall in his house.” 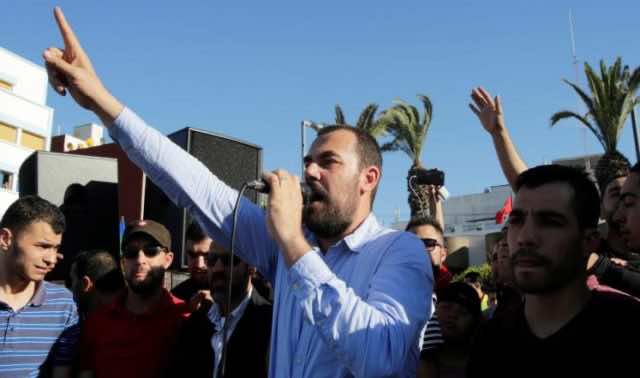 Rabat – In addition to the National Council of Human Rights (CNDH), the General Delegation for Prison Administration and Reintegration (DGAPR) responded to Ahmed Zefzafi’s comments regarding the health of his son, the prominent leader of the Hirak Rif movement, Nasser Zefzafi.

On Saturday, DGAPR said that Zefzazi has received medical care since his imprisonment and he received several medical tests that showed that his health was fine.

The statement added that the first medical tests showed no signs of torture.

Up to this point, according to DGAPR, Zefzafi has received 42 medical tests and 11 others at the University Hospital Center of Ibn Rochd (CHU).

Read Also: Morocco’s CNDH: Nasser Zefzafi Does Not Have Any Serious Health Issues

According to the office, a medical test carried out in March 2018 showed a cerebral angioma, of which the detainee was informed by a medical report.

Another medical test carried out in January 2019 confirmed the same problem.

Zefzafi’s father, however, said in a Facebook post that it was only on January 26, 2019, that the prison administration told Zefzafi that “MRI tests for the past year revealed he had an arterial contraction on the right side of the head.”

Denying the allegations, DPAGR said that the X-ray was performed on Zefzafi in January 2019, and “contrary to his father’s comments, it was taken by an external hospital that requested additional examinations without specifying a particular institution to perform them.” The statement added that Zefzafi’s father is spreading “slander against the medical team responsible for monitoring the health status of the detainee.”

The office added that the prison directorate did not refuse to grant a certificate or a medical report to the detainee but declined to give a copy of the medical file to his relatives because it is against the law.

Zefzafi and three other Hirak activists received 20-year prison sentences in June 2018. Zefzafi was charged with inciting activists in the Al Hoceima province to participate in unauthorized demonstrations and with undermining the stability of the county.