Estranged, financially-challenged, and terminally ill, a Moroccan man in Italy has found solace in the kindness of strangers who fundraised to pay for his medicine and a plane ticket home.

Rabat – Jilali, 42, a Moroccan immigrant who has been living and working on farms in Italy for 18 years, wanted to spend the last days of his life with his mother and family in Morocco.

Back in August, Jilali traveled to Morocco to visit his mother. When he returned to Italy, his health began to deteriorate, and he soon discovered he was suffering from neurological cancer.

After Jilali learned that he only had a few months to live, according to his doctor at a hospital in Eboli town, Italy, he wanted to go back to Morocco but knew he could not afford his travel expenses.

A Moroccan cultural mediator in Italy, Fatiha Chakir, learned about his situation and called for charitable people to donate and help Jilali cover his travel expenses to Morocco and even some of his treatment.

Jilali was thankful that the donations were even sufficient to cover his medical expenses, especially since his “hospital only opens three days for take-away medicine.”

Donations poured in, and Jilali landed safely in Casablanca on Monday.

The mayor of Eboli, Massimo Cariello, applauded the initiative, saying, according to Italian news outlet La Republica: “We are proud of this wonderful initiative by our citizens.” 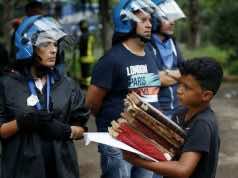