It was only a year and a half ago that the two musicians began composing and playing together, somewhat out of the blue. 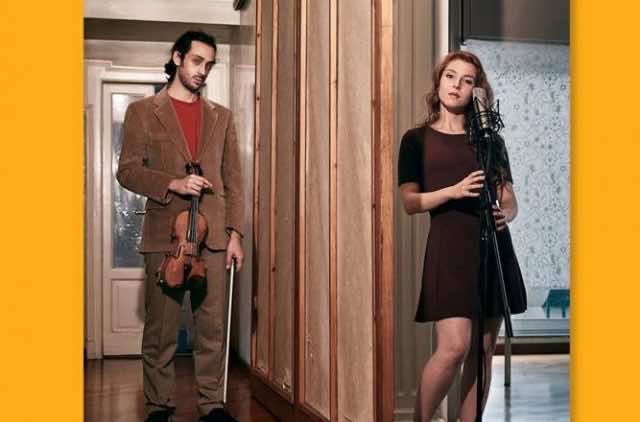 Meknes – Clio and Maurice, an Italian voice-violin duo, are making their way around Morocco on their first international tour. Clio Colombo, singer, and Martin Nicastro, violinist, are playing at American Language Centers in eight cities across the country. The combination of violin and voice is piquing the interest of Italians, and now, Moroccans.

While the couple have been together for nearly six years, it was only a year and a half ago that the two musicians began composing and playing together, somewhat out of the blue. One of Colombo’s friends asked the duo to open for her, effectively launching the two into their paired performance career. From there, Colombo said the gigs came one after the next.

Their abrupt beginnings have led the couple to develop their own brand of music, a blend of their backgrounds and techniques as classically-trained musicians. Nicastro studied at the conservatory in Milan and now teaches violin. Colombo is currently studying music as well.

Pop is the dominant genre of their music, but flares of blues and soul in the vocals complement the electric violin. Nicastro uses multi-effect pedals which allow him to record, loop, and manipulate the music of the violin, introducing electronic elements. While the use of the pedal adds interest, Nicastro said that the unusual pairing of violin and voice makes the duo stand out.

Despite their somewhat unorthodox style and a foreign audience, Clio and Martin have been pleased by the turnout for their Morocco sets. In Tangier, they had a crowd of nearly 250 people, their largest audience yet at a performance.

They hope these high turnouts continue, as their goal is to perform and create music full time. The duo is currently working on their first Clio and Maurice EP which is set to be released early this year. But first, they will finish spreading their tunes around Morocco. The duo have two more stops on their tour, Fez tonight and Oujda tomorrow.