Rabat – Government subsidies of butane gas and sugar cost 13 percent more in 2018 than in 2017. The government spent MAD 15.5 billion according to a report from the subsidy fund published on February 8 and relayed by Moroccan media.

The government’s butane gas subsidy costs also increased in 2018 while the cost of the sugar subsidy decreased.

The butane gas expenses are up 17 percent compared to 2017. In 2017, the subsidy fund only spent MAD 10.3 million on butane gas subsidies.

The increase is linked to a rise in international prices over the past year. Butane gas prices peaked in September and October, surpassing $600 per metric ton, before falling in November and December, the report explained.

The annual average sugar price on the international market was down by 22 percent compared to 2017. Morocco’s sugar subsidy costs remained the same in 2018 as 2017, estimated at MAD 3.4 billion.

The flat-rate subsidy for sugar per kilogram is fixed at MAD 2.8.

The payment of the subsidy for gas and sugar products, approved at the end of 2018, amounted to MAD 12.4 billion—MAD 9.6 billion for butane gas and MAD 2.8 billion for sugar, the report states.

The subsidy fund’s outstanding costs at the end of January 2019 amounted to MAD 5.27 billion, including MAD 4.4 billion for butane gas and MAD 828 million for sugar. 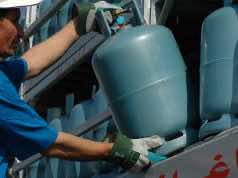 Sugar, Flour, Butane to Remain at Same Prices During Ramadan