After being received by several head of states, Russian MMA artist Khabib Nurmagomedov has arrived in Morocco and may meet King Mohammed VI.

Rabat – The UFC lightweight champion Khabib Nurmagomedov has arrived in Morocco and posted a photo on Instagram with the Moroccan-German UFC fighters Abu Azaitar and Ottman Azaitar.

The Russian fighter’s October 6 victory over Conor McGregor in the Ultimate Fighting Championship (UFC) 229 made headlines globally and gained him fame.

In an interview with TMZ Sports on October 31, Nurmagomedov’s manager, Ali Abdelaziz, stated that his client planned to visit Africa on a charitable mission.

“We gonna go to Africa, probably by the beginning of next year, we have a project there with Unitedlex; We gonna give $1 million to get wells and help with schools.” 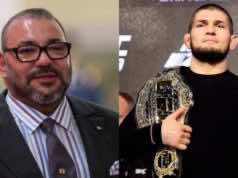 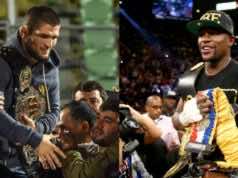