Rabat – Previous to this discovery, the oldest documented remnants of multicellular life on Earth was believed to date back approximately 600 million years, during the Ediacaran period.

Monday, February the 11th marked the publication of the edition of PNAS for the discovery of the oldest multicellular organisms that was found by Abderrazak El Albani and his colleagues, experts from the Institute of Chemistry of Environments and Materials of Poitiers (CNRS/Université de Poitiers). Located in the Franceville Basin, this cluster of single cells came together and moved through the mud in search of a favorable environment.

After El Albani and his team uncovered these multicellular organisms, they used a non-destructive technique of 3D imaging-using X-ray computed micro-tomography, so as to reconstruct and analyze these ancient fossils. They found that the organisms accumulated to living in oxygenated waters, thus it relied on oxygen.

This biological evidence begs the question of how and when organisms began to move. 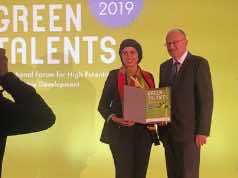