The Moroccan government insists that there has been no tension with any Gulf countries, including Saudi Arabia. 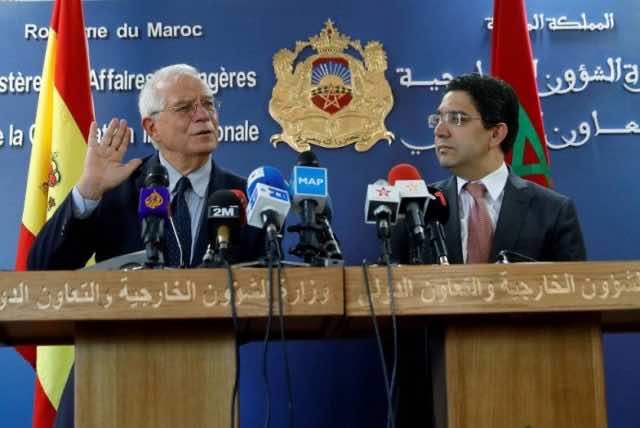 Rabat – Morocco’s Minister of Foreign Affairs Nasser Bourita has reiterated his statements on the reported spat with Saudi Arabia. He says there is no tension between Morocco and its Saudi ally.

Speaking at a joint press conference with his Spanish counterpart Josep Borrell, Bourita said that Morocco has not recalled its ambassadors to UAE and Saudi Arabia.

Rabat has instead summoned its representatives in Riyadh and Abu Dhabi for “consultations on the profound chances that the Gulf region is experiencing at the level of relations between” Gulf countries and Morocco, Bourita argued.

He added that “it is normal that the two ambassadors are in Rabat because Morocco wants to know what is happening” in the region.

Doubling down on his denial of news reports of escalating tensions between Rabat and its Gulf allies, the Moroccan official insisted that Morocco enjoys strong and historic diplomatic ties with both Saudi Arabia and the UAE.

The speculation resulted from a documentary aired by  Saudi government-owned news outlets against Morocco’s position in the regional conflict over the Sahara.

The documentary prompted Moroccan observers to demand that the Moroccan government  reconsider diplomatic ties with the Gulf country.

Following rumores that Morocco recalled  both ambassadors from Saudi Arabia and UAE, Bourita denied the news. He especially stressed that the “Moroccan diplomacy has a history of announcing such news through its own channels.”

This is the third time that Bourita has reassured that there has been no diplomatic  tension between Morocco and the two Gulf countries. The first time that Bourita talked about Saudi-Moroccan diplomatic ties was in an interview with Qatari television channel Al Jazeera.

In the interview, Bourita acknowledged that Morocco’s participation in the Yemen war has changed. He maintained, however, that diplomatic ties with Saudi Arabia have not been by Rabat’s withdrawal from the Saudi-led coalition in Yemen.

Bourita said that Morocco’s decision to withdraw from the coalition in Yemen was dictated by humanitarian considerations.