Hundreds of Moroccans supporting the Palestinian cause rallied Thursday in Casablanca to protest against the concert of Enrico Macias, a pro-Israeli Jewish singer.

By
Ahlam Ben Saga
-
Ahlam Ben Saga is a Cultural Studies graduate from university Mohammed V of Literature and Humanities in Rabat.
Feb 15, 2019
Spread the love

Rabat – Men and women, old and young, carrying Palestinian flags and chanting slogans,“ No to normalization of Zionism,” and “get out Macias.” Protesters gathered yesterday in front of Megarama, the movie theatre where Enrico Macias’ Valentine’s day concert was taking place.

The Moroccan branch of Boycott Divestment Sanctions (BDS) movement, the global movement that promotes the Palestinian cause, organized the protest.

The event witnessed speeches from protesters who read out evidence of Macias’ “unconditional loyalty” and “support for the Zionist regime,” describing the singer as a defender of the Israeli occupation in Palestine.

The demonstrators mentioned that Macias pledged support for a number of Zionist entities in 2006. The same accusation had been levelled against the singer by the Moroccan Academic and Cultural Boycott of Israel (MACBI) which was the first to urge Moroccans to boycott Macias.

MACBI emphasized in a statement on January 13 that Macias is giving his “blood, sweat and tears” to the association Migdal, which supports the Israel border police.

Protesters also referred to Macias’ reaction to boycott threats by Moroccans. They said that the singer “insulted Moroccans before he even arrived in Morocco.”

Macias had said on the French Radio network RMC on February 1 that he did not care about the boycott threats.

“My victory will be to go and perform in Casablanca … I am going and whomever wants to attend is welcome,” said Macias.

Rejecting Macias, calling for criminalization of the “normalization” of Zionism, and condemning authorities’ decision to allow Macias’ concert, protesters said: “Casablanca is the city of activism against Zionism,” and “Jerusalem is the capital of Palestine.”

Despite the protest, the 80-year-old singer’s Valentine’s day concert went in normal conditions. 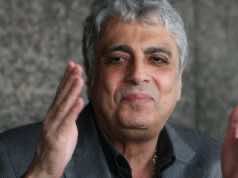