Al Jazeera posted a picture of Abidar on its official Facebook page on Thursday, accompanying the photograph with general information on Hussein’s granddaughter.

The mistake occurred as Al Jazeera announced their program with a rundown of written information on the family of the late Iraqi president Saddam Hussein following his downfall.

Internet users were quick to spot the error, with some describing it as an “unforgivable journalistic blunder.” Others, more understanding, ascribed the mistake to the heavy workload, stress, and exhaustion that journalists have to handle.

This mistake is not the first of its kind. Saudi outlet Al Arabia has made a similar mistake.  In May 2017, the channel presented the Moroccan singer Maria Nadim as sister of Salman Ramadan Abedi, the terrorist attack who carried out the Manchester Arena bombing.

Abidar’s role as a prostitute in the movie “Much Loved”, depicting Morocco’s sex industry, has made headlines and raised public concern within the Moroccan society since its release in 2016.

Moroccan liberals welcomed “Much Loved” as a much-needed take on the patriarchal codes governing what they see as the country’s hypocrisy-ladden sexual norms. They celebrated Abidar and Nabil Ayouch, the movie’s director, for their courage in confronting one of Morocco’s most entrenched social taboos.

For conservative Moroccans, however, the movie was a “disgrace” to the country’s image and reputation.

Abidar, who subsequently said she faced death threats and online abuses for not being representative of the pious and polite Moroccan woman for her role as a prostitute, has since fled to France. 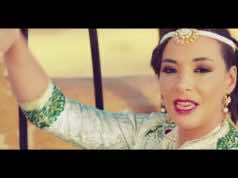