In a speech on the 107th anniversary of the founding of the African National Congress, South African President expressed full support for the separatist group. 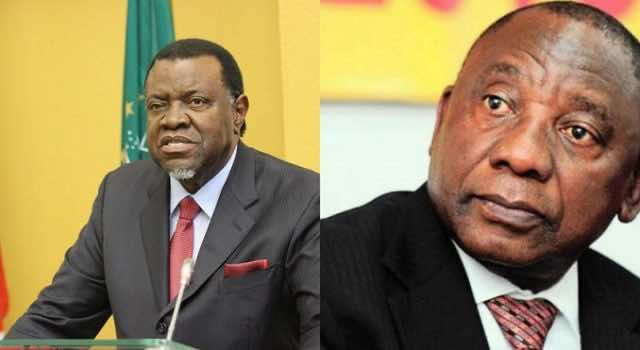 Rabat – Namibia and South Africa, which support Polisario’s separatist claims, will chair a conference to reiterate support for the Polisario Front.

A statement issued by the South African government announced that the two African countries will co-host the SADC Solidarity Conference on Western Sahara in South Africa on March 25-26.

“We want to emphasize that the solution to the question of Western Sahara should be based on the principle of self-determination and decolonisation,” reads the statement.

Morocco, whose genuine investments in developing southern provinces have been acknowledged by many foreign diplomats, holds a position that favors local autonomy under Moroccan sovereignty.

The principles underpinning Rabat’s position are laid out in the 2007 Autonomy Plan, a document that a number of international observers, including the UN, have described as “serious,” “credible,” and “realistic” for brokering a lasting settlement to the Sahara conflict.

But South Africa and Namibia, hostile to Morocco’s position on the conflict, are supporting the “holding of a referendum that will lead to its [Western Sahara’s] independence.”

The two government also linked the Western Sahara conflict to the Palestinian cause, claiming their support to “the people of Palestine who continue to suffer under severe repression and denial of basic human rights and we reiterate our support for a two-state solution.”

The announcement comes as no surprise given South Africa’s well-established pro-Polisario moves in the Western Sahara dispute.

Most recently, when South Africa was elected to a two-year tenure as a non-permanent member of the UN Security Council,  the South African president also pledged to use his country mandate to promote “self-determination for Sahrawis.”

He said that his country “ stands “alongside the Polisario Front and the leaders of the Sahrawi Arab Democratic Republic in their struggle for full sovereignty over all their territory.”

South Africa has been one of the most active vocal supporters of the separatist group.

It also joined the Algerian lobby to thwart Moroccan efforts and attempts to find a mutually accepted political solution to the conflict.

Namibia and South Africa along with Algeria are among the states that opposed Morocco’s decision to return to the African Union.

Observers had predicted that  Ramaphosa would show anti-Moroccan sentiments on the Western Sahara conflict when he came to power.  Before Ramaphosa emerged as president, Morocco and South Africa were engaged in an unprecedented process of diplomatic rapprochement.

Morocco’s government, however, is certain that the AU no longer plays a determining role in the Western Sahara conflict.

The organization’s latest report on the Sahara question, which was unveiled by  chairman Moussa Faki Mahamat in July 2018, maintains the centrality of the UN-led process. In the document,  the AU vowed uncompromising support for the UN Security Council agenda.