The Spanish royal visit to Morocco is reaping its fruits.

Rabat – Morocco and Spain are studying the possibility to connect the two countries through an intercontinental railway line.

In an interview with Anadolu Agency, Morocco’s State Secretary to the Minister of Equipment, Transport and Logistics Mohamed Najib Boulif said that both countries have been working on the intercontinental railway.

“We are now in the process of deepening technical studies,” he said.

The official added that companies from both sides are working “to find the best way for an intercontinental railway line, and the study related to the depth of the sea will propose a number of possible options.”

Spain and Morocco, he said, will attempt to finish the study in one or two years to start the “important phase,” which is to look for investors to fund the project.

Boulif recalled that the project has been supported by several Maghreb countries, including Mauritania and Libya.

On January 31, the secretariat general of the Arab Maghreb Union said that it launched a campaign to attract international investors to renovate railways linking Morocco, Algeria, and Tunisia.

The ALU also launched a campaign to hire an adviser “whose task is to accomplish the promotion of the study on the economic feasibility of the project, and to communicate with international banks, international companies, and public and private sector companies.”

Boulif’s announcement comes on the heel of the Spanish royal visit to Morocco.

King Felipe VI and Queen Letizia of Spain arrived in Morocco on Wednesday for a two-day official visit.

During the visit, both sides voiced their commitment to strengthening their diplomatic ties. 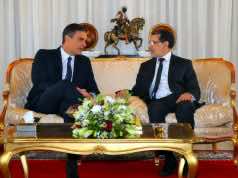 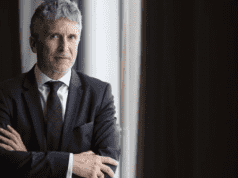 Spanish Minister of Interior to Visit Morocco for Working Trip