Becoming a Christian in a Muslim community can be a difficult choice. However many Moroccans have spoken out recently for the rights of Moroccan Christians to be recognized.

Rabat – While the Moroccan Constitution only recognizes Sunni Islam and Judaism as native religions, some Moroccans have embraced other faiths. Several Moroccan Christians opened up to Morocco World News about suffering from discrimination, the hostile reactions of their relatives and friends, and their occasional problems with authorities.

Agadir and Marrakech, in particular, have significant Christian populations, according to the Moroccan Association of Religious Rights and Freedoms (AMDLR).

One Marrakchi Christian, Abdelmouttalib Ghaffar, 53, is a farmer who is married and has three children. He told MWN he decided to convert to Christianity in 2009 “after a lot of research and watching relevant TV channels.”

He said that the decision did not come without consequences. “The decision was not easy, I have been through a lot of bad situations.”

Ghaffar related how painful his friends’ reactions were. “People look at me just like a criminal or an ‘infidel’ person. However, I really assume responsibility for my decision.”

Since he is unsure if people will accept or understand him, Ghaffar said that he can never reveal his religious beliefs to people.

“Because of being a Christian, I was also deprived of my national identity card and my driver’s license. I started some administrative procedures to get new ones but in vain,” said Ghaffar. He related that he does not have the energy or the money to pay a lawyer to defend him.

“I have 3 kids, and I am the one who provides all that they need. How can I work without my national identity card?” Ghaffar asked.

Like most Moroccan Christians, Ghaffar is calling for his rights to be recognized: To be able to worship publicly in churches, to get his national identity card and driver’s license back, to live safely, and to enjoy religious freedom.

Jawad El Hamidy, the AMDLR president, said that all Moroccan Christians are in a difficult situation for many reasons. “There is lack of recognition of freedom of belief and an absence of legal guarantees when it comes to practicing some non-Islamic religious rituals: Morocco does not tolerate people converting to Christianity from Islam,” El Hamidy told MWN.

He added, “Moroccan Christians do not possess ‘normal’ citizenship rights, and there is no political willingness to protect them.” El Hamidy linked the government’s lack of protection to society’s intolerance towards Christian converts, whom he said risk “ruining relationships with family, friends, and colleagues.”

El Hamidy argued that Moroccan authorities should stop pursuing these religious minorities but allow them to live freely.

Another side to the story

In an article about Ghaffar, a Moroccan media outlet cited a “credible source” in government who denied that Moroccan authorities treat people badly for their religious beliefs or converting to Christianity. The source explained that Ghaffar has been in conflict with the law since 2013 because of his illegal possession of “white arms,” a term for weapons like knives.

According to the source, “he was also arrested in July 2017 since he issued a dishonored check to an insurance company.” Ghaffar denied the claim.

In April 2018, news outlets reported that a Moroccan man from Rabat was arrested for carrying Christian books. In response, the General Directorate of National Security (DGSN) in Rabat said they “had not arrested any Moroccan or foreign citizen because of this, and no one has been subjected to a restrictive freedom measure.”

At that time, the Moroccan Christians’ Coordination group denied the media narrative as well. The group wrote on its Facebook page the story was “just an imaginary scenario told by Jawad El Hamaidy, who was not appointed by any Christian or asked to defend a Christian, trying to create problems between the Moroccan authorities and religious minorities.”

The Constitution vs. the laws

Article 3 of the Moroccan Constitution declares “Islam is the religion of the State which guarantees to all the free exercise of beliefs.”

On the other hand, the Moroccan Penal Code prohibits converting people to religions other than Islam. According to Article 220 of the Moroccan Penal Code, “Anyone who employs incitements to shake a Muslim’s faith or to make him convert to another religion will incur a sentence from 6 months’ to three years’ imprisonment and a fine of 200 to 500 dirhams.”

Article 220 further states: “Whoever uses means of seduction in order to shake the faith of a Muslim will be punished with the same penalty.”

Christianity first came to Morocco during the Roman era. After Islam came, the numbers of Christians fell.

According to the US State Department, Christians, Jews, and Bahais in Morocco together make up less than 1 percent of the country’s population.

The department also said that “Christian leaders estimate there are between 2,000 and 6,000 Christian citizens distributed throughout the country.” 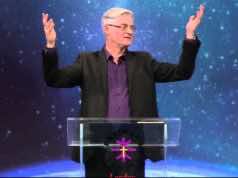 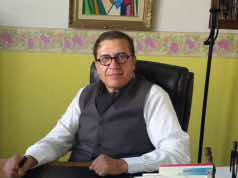 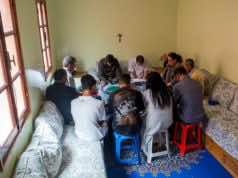 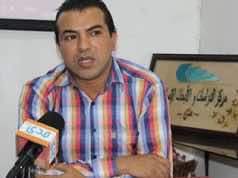 Moroccan Christian Claims He Was Victim of Assault in Casablanca