Reporters Without Borders (RSF) is calling on French authorities to open an investigation into a recent attack which “brutally interrupted” a conference in Paris about freedom of the press in Morocco.

By
Ahlam Ben Saga
-
Ahlam Ben Saga is a Cultural Studies graduate from university Mohammed V of Literature and Humanities in Rabat.
Feb 19, 2019
Spread the love

Rabat – RSF announced in a press release on Tuesday that about 15 unknown individuals barged into a conference room on February 15, and “verbally and physically” attacked the journalists and activists of  Association for the Defense of Human Rights in Morocco (ASDHOM) in the middle of their conference.

“We ask of the French authorities to identify those responsible for sabotaging this conference, and to take the necessary measures to ensure the safety of journalists as well as free practice of press freedom in France,” said RSF.

RSF expressed concern for Moroccan journalists and activists who “could not freely and safely discuss press freedom in Morocco.”

The incident has inspired the solidarity of numerous associations with the journalists, including the Unified Socialist Party (PSU) in France which has categorically condemned the violence in a public statement.

PSU expressed its “full solidarity” with ASDHOM “which has been fighting for the defense of human rights in Morocco for years.”

The Moroccan the Moroccan Association for Human Rights (AMDH) also denounced the “unacceptable” attack against the Moroccan journalists and press freedom.

Last year, the RSF claimed that Moroccan authorities deterred the work of domestic and foreign journalists who were attempting to cover Hirak Rif, a protest movement that erupted in the Al Hoceima Province in 2016 and 2017 after the death of a local fishmonger, Mohcine Fikri.

The ministry condemned the report then and described RSF’s reasoning behind its rankings of Morocco in terms of press freedom as “baseless and lacking credibility.” 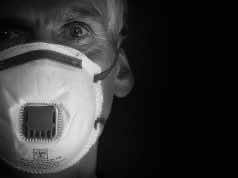 Amnesty International: Workers’ Rights at Risk in MENA Amid COVID-19 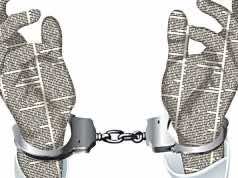