Morocco is the world’s 13th largest producer of fish and top producer in Africa, with 1.4 million tons of fish production. 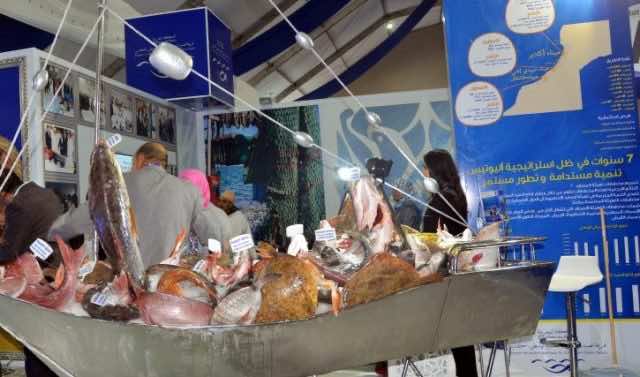 Rabat – The fifth Halieutis Fisheries International Fair marked, on its first day, the renewal of three partnership agreements between Morocco’s National Fisheries Office and the French agricultural office FranceAgriMer, the northern French city of Boulogne-sur-Mer, and the French fishing port of Lorient-Keroman.

According to Amina Figuigui, managing director of the National Office of Fisheries, “The fisheries agreement aims to strategize a business plan, between 2019 and 2020, built on past agreements. It focuses primarily on organization, marketing, modernization, and restructuring.”

Aziz Akhannouch, Morocco’s minister of agriculture, fisheries, rural development, water, and forests, emphasized, “We must highlight these achievements and work on improving them.”

Morocco is the world’s 13th largest producer of fish and top producer in Africa, with 1.4 million tons of fish production.

According to Jean-Paul Solaro, president of the Lorient-Keroman port, the port’s partnership agreement with Morocco aims at “marketing fish products, modernizing the sector, improving financial management of commercial transactions, supporting Moroccan and French exporters and importers as well as developing a seafood tracking system.”

As for the partnership made with Boulogne-sur-Mer in February 2017, Frederic Cuvillier, the previous French minister of agriculture, agrifood, and forestry, stated that it focuses “on the marketing of fisheries products, training, innovation and regional cooperation at the national and European levels, as well as the support of Moroccan and French exporters and importers.”

The fair, held from February 20-24 in Agadir, was inaugurated by Akhannouch under the theme “New Technologies in Fishing: For a Better Fisheries Contribution in the Blue Economy.”

The fair anticipated it would host over 350 exhibitors from 38 countries.

Norway is the guest of honor, and other guests include Russia, Italy, Spain, France, Côte d’Ivoire, Gambia, Gabon, Guinea, and Benin.

The five-day fair is organized in the form of roundtables, each of which consists of 20-30 participants so as to facilitate discussion on current practices and requirements to meet traceability needs of national and international markets.

The fisheries fair also allows professionals and various stakeholders to exchange experiences and foster innovation in the vital sector for the Moroccan economy.

The event will be open to the public on Saturday and Sunday.