Restoration of the 18th-century consulate building is underway.

Rabat – The embassy of Morocco in Copenhagen announced on Facebook that the former Danish consulate in Essaouira, which dates back to the 18th century, is now being restored.

The former Danish consulate represented the diplomatic ties established between Sultan Mohamed Ben Abdallah of Morocco and the King Frederick V of Denmark back in 1763.

“In the last twenty years, the renovation project has been put on the table. For a period of time there had been a lot of ideas for the renovation,” said the Moroccan embassy in Denmark in a Facebook post.

The restoration is being overseen by renowned architects who published a book on the project of rehabilitation of the old consulate, including Moroccan architects.

Discussions relating to the restoration of the old building with the Danish ambassador to Morocco, Morocco’s ambassador to Denmark, and various Moroccan ministries included the possibility of using it as a cultural exchange center between Morocco and Denmark.

Morocco will be administering, fostering, and financing the project. The building will also have a cultural vocation and “will serve as a bridge between Morocco and Denmark.” 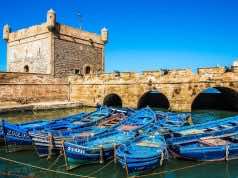 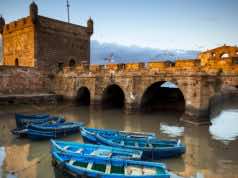