Rami Malek is the first Arab actor to win the Oscar trophy.

Rabat – The Egyptian-American actor Rami Malek won the prestigious academy award for best actor on Sunday, becoming the first Arab to ever win an Oscar in that category.

The 37-year-old’s portrayal of Freddie Mercury, the frontman of British rock band Queen, in “Bohemian Rhapsody” earned him the title.

Malek, who was born in Los Angeles to Egyptian parents, is known for his lead role in the television series Mr Robot, as a vigilante hacker with a social anxiety disorder.

He also won an Emmy award for best actor in a drama series in 2016.

Malek described receiving the trophy as a “monumental moment.”

He thanked Queen’s band members, who attended the Oscar ceremony, for allowing him to be part of their legacy.

“Thank you, Queen, thank you, guys, for allowing me to be the tiniest part of your phenomenal, extraordinary legacy. I am forever in your debt,” said Malek.

“I never thought I could play Freddie Mercury until I realised his [birth] name was Farrokh Bulsara,” he noted.

Mercury was born in Zanzibar, off the coast of Tanzania, to Indian parents and moved to England with his family when he was a teenager.

Malek took the opportunity to mention his own heritage as a child of a migrant couple from Cairo.

“I grew up in a world where I never thought I was going to play the lead on Mr Robot because I never saw anyone in a lead role that looked like me,” Malek said.

Numerous Egyptians and others from around the globe posted tweets to congratulate Malek for his achievement.

All did not go smoothly for Malek at the Oscars however. After collecting his trophy and stepping down from the podium, Malek misplaced his foot and fell off the stage. He was rapidly checked by medical staff who made sure that he was uninjured. 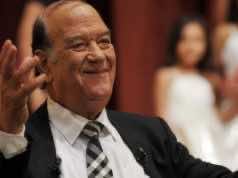 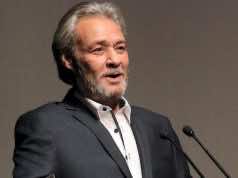