In the disputed region of Kashmir, Pakistan and India are engaging in military strikes as the world calls for peace.

Rabat – Early Wednesday, Pakistani officials reported they had shot down two Indian military jets and taken an Indian pilot into custody. India’s Ministry of External Affairs spokesman confirmed the loss of an MiG 21 fighter jet and pilot and stated Indian forces had shot down a Pakistani fighter jet as well.

Pakistani Major General Asif Ghafoor stated the Indian pilot in custody was being “treated as per norms of military ethics.” However, prior to the arrival of Pakistani soldiers at the scene of the plane, a video portrays residents of the region beating the pilot. In another video posted by Pakistan’s Information Ministry, the pilot is shown blindfolded and bloody. This video has since been deleted.

There is only one pilot under Pakistan Army’s custody. Wing Comd Abhi Nandan is being treated as per norms of military ethics. pic.twitter.com/8IQ5BPhLj2

Pakistan’s Information Ministry also tweeted a video of the wreckage from one of the Indian jets.

Pakistan closed its entire air space early Wednesday morning and residents living along the border have been asked to leave.

World powers such as the United States, European Union, and China have all called for peace in the region in response to fears of an all-out war between the two nuclear-armed nations.

In turn, Sushma Swaraj, the Indian foreign minister, stated that India would act, “with responsibility and restraint,” during a meeting with Russian and Chinese foreign ministers. “India does not wish to see a further escalation of the situation,” she continued.

Pakistani Prime Minister Imran Khan also called for talks between the two countries. “History tells us that wars are full of miscalculation. My question is that, given the weapons we have, can we afford miscalculation?” Khan asked in a televised broadcast.

The military strikes are the most recent acts of violence which stem from the ongoing conflict between the nuclear-armed states over the region of Kashmir. Both countries claim all of the Kashmir region, but in reality, only control certain parts of it. The area is divided by a de facto border called the “Line of Control.”

On Tuesday, India carried out aerial attacks on Pakistani territory for the first time since 1971. India claimed the air strikes in Balakot were targeting a Pakistani militant training base and killed many militants. Swaraj asserted Tuesday’s air strikes were “not a military operation” but “a preemptive strike against the terrorist infrastructure of Jaish-e-Mohammed.”

On February 14, a Pakistan-based group carried out a militant suicide bombing in the Kashmir region, killing 40 Indian troops. India blames the militant group Jaish-e-Mohammed for the deadly attack and believes Pakistan played a key role.

Since their independence from Britain and subsequent partition in 1947, the two countries have fought three wars, two of which were regarding Kashmir.

Morocco has strong diplomatic and economic relations with Pakistan, in part due to a common faith and similar history. Morocco also has friendly relations with India.

Swaraj revealed that after the attack she intended to cancel her trip to Morocco. However, Indian Prime Minister Narendra Modi encouraged her to make her two-day visit, stating, “Morocco always stood with us against terrorism. It’s going to sign an agreement with us on counterterrorism. It’s fighting radicalization. So, please go there.” 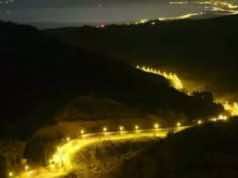 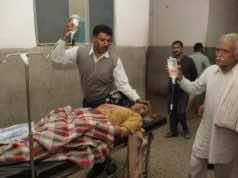