Oxfam says that in one case, a girl as young as 3 years old was married off for food and shelter. 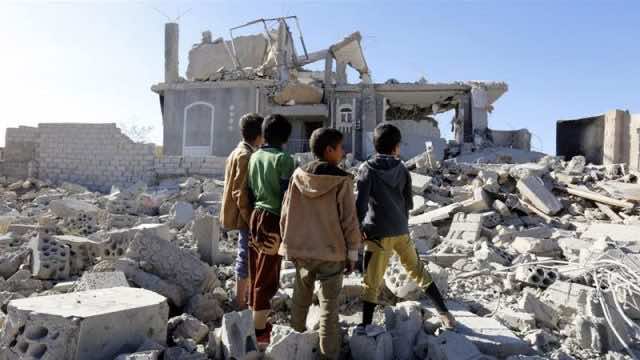 Rabat – In war-stricken Yemen, the Oxfam NGO warns that the spectre of famine is threatening many people’s lives and shortages on food and medical care are on a dramatic rise.

As a result, families are taking extreme measures to survive. Some families are left with no option other than to marry off daughters for food and shelter or risk dying of hunger, according to the NGO, Oxfam.

The organization contacted families in Amran governorate in northern Yemen and stated that “families have been forced to marry off their daughters – in one case as young as three years old – to buy food and shelter to save the rest of the family.”

“Although early marriage has long been a practice in Yemen,” the NGO commented, “marrying off girls at such an early age in desperation to buy food is shocking.”

Oxfam reported that families resorting to such desperate measures due to spiking food prices and low incomes amid the civil war.

“As many as 20 million Yemenis are food insecure in the world’s worst humanitarian crisis. Already, 15.9 million people wake up hungry.  Food assistance continues to prevent a massive human catastrophe, but it is not enough,” the UN World Food Programme tweeted.

As reported by Human Rights Watch, the humanitarian crisis in Yemen has become a full-scale catastrophe since the Saudi-led coalition and Houthi rebels engaged in a violent conflict. The warring parties have prevented humanitarian aid from reaching people due to the blockade in the northern part of Yemen as a result of the closure of 27 ports through which aid flows.

Read Also: Houthi Movement Thanks Morocco for Withdrawing from Saudi-Led Coalition in Yemen

She said international governments have two options: “Do nothing while millions sink closer toward famine or use the leverage at their disposal to press the warring parties to end their abuses and impose sanctions on those obstructing aid.”

On Tuesday, February 26, Geneva hosted a donor conference to raise money for Yemen. In support of the humanitarian aid, Swiss Vice President Simonetta Sommaruga said the UN set a target of raising $4.2 billion at the conference, which was organized by Switzerland, Sweden, and the UN.

According to the Washington Post, the United Nations has raised $2.6 billion so far and hopes to collect more to alleviate the suffering of “the 80 percent of the country’s population now in need of aid.”

The war between groups in Yemen started in 2015, with Saudi Arabia joining in on the side of the internationally-recognized government against allegedly Iran-backed Houthi Shia rebels.