Police say the British boy was abducted by his mother and may be living in a Moroccan commune. 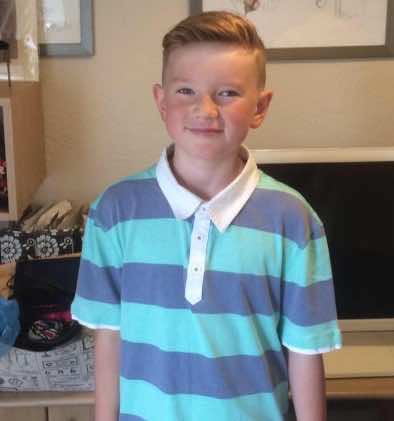 Rabat – British police have issued a fresh appeal for a 13-year-old boy, Alex Batty, who was reported missing in 2017 after he did not return from a week-long holiday to Spain with his mother and grandfather.

The Greater Manchester Police (GMP) issued the appeal last month following the boy’s recent 13th birthday. Although they do not believe the boy is in danger, they are attempting to return the boy to his grandmother, Susan Caruana, who is his legal guardian.

Caruana believes the abduction occurred because of disagreement over Alex’s care. The grandmother says that the boy’s mother, Melanie Batty, believes in an alternative lifestyle. Caruana told the Telegraph that “the reason I believe they have done this is because basically my lifestyle, my belief systems, are not what they agree with.”

After an investigation in collaboration with Spanish authorities, police believe the trio entered Melilla, the Spanish enclave city bordering Morocco, and may have entered Morocco from there. Caruana said that her daughter had previously taken Alex to visit a commune in Morocco in 2014.

Detective Constable Declan O’Reilly of the GMP said in an appeal last year that police are “really concerned because of some of the alternative beliefs held by Melanie.”

He added that “Alex may not be staying in conditions that are suitable for a child of his age. He could be living in a commune or sleeping on the floor.”

Although Alex may not be in danger, he may not be having needs met such as “health care, basic check-ups from a GP, vaccinations, dental care.”

Police believe his education is also being harmed, because Melanie does not believe in the mainstream school system. Detective Sergeant Pete Morley added that “he’s obviously been withdrawn from education now since the start of October and we’re getting to a stage where we’re really concerned for this absence from education. It’s going to start having a very long-term impact on Alex’s development.”

O’Reilly said in his appeal this year, “The safest place for Alex is back home with his grandmother and we need the public’s help to find and return him to her. She is absolutely desperate for his safe return and when I spoke with her recently she said if there is one thing she could say to Alex it would be for him to please get in touch as his disappearance has left her broken.”

He pleaded for “anyone who has any information, no matter how big or small you think it may be, please come forward so that we can try to reunite a missing boy with his devastated grandmother.”

Alex is described as white, about 5 feet, slim, has blond hair and speaks with a northern British accent.