More children are enrolled in school, there are more schools in rural areas, and some schools have internet. Yet, all of this does not matter if education quality is still low. 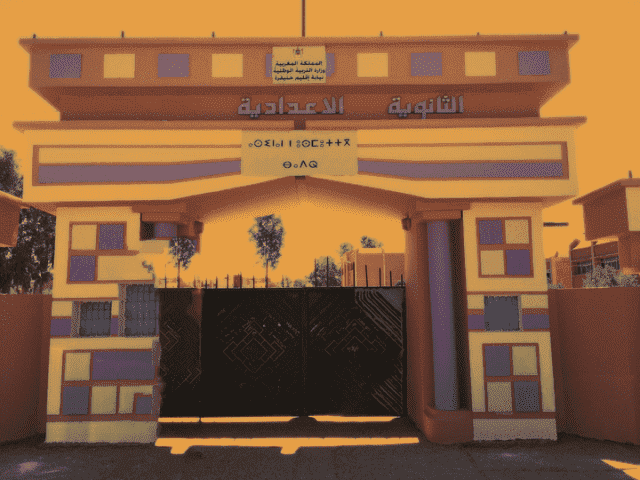 It is no surprise that most developed countries owe much of their success to their outstanding school systems. Education has always been at the heart of every progressive or development-based strategy that aims to change lives for the better.

The Greeks and Romans realized education’s importance to combat ignorance, so they made the best of it. Likewise, thanks to education, Muslims made huge leaps in various fields, especially medicine, sociology, and algebra—the fruits of which we still reap.

A strong education system has become an imperative today in order to guarantee a country’s survival and ability to compete with rapidly growing economies worldwide.

Morocco has always considered education to be its second top priority after the Sahara issue, but recent reforms have yielded scanty results compared with the amount of money invested in them and the great deal of importance given to them by media.

Obviously, there is a mismatch between what has been said in the media and what has been achieved so far in the field of education in Morocco.

According to the World Economic Forum’s annual report for 2016/2017, Morocco ranked 119th out of 137 countries for quality of education system. The ranking got worse the following year, dropping to 120.

This is scary, isn’t it? Are we frighteningly lagging behind? If the rankings are to be considered, our school systems are getting comparatively worse year after year, and this is certainly going to have a pernicious influence on other fields, particularly health and the economy.

The frustrating state of Moroccan education

Where does the problem lie? Has the Ministry of Education been considering these reforms seriously? Why is there not a detailed assessment of the losses and the gains after each reform?

The World Bank report on Education and Training in Morocco, drafted in 1995, showed the frustrating state of Moroccan education. Since then, the education ministry has contended with some serious problems, such as lack of pedagogical content and absence of qualified teachers.

Morocco had to build more schools in rural areas to reduce the number of dropouts. The poor adjustment of schooling to the advanced technologies of the 21st century was one of the most debated issues in the field of education when technology became a must.

Inaugurated by the Ministry of Education in 1999 in collaboration with the World Bank, the National Charter for Education and Training sought to fight illiteracy by creating classroom-like settings where adults could learn basic education and teachers could gain highly effective pedagogical tools.

Morocco gave the training of teachers considerable attention by establishing regional training centers for teachers to take one year of training before starting the actual teaching.

Linking education to its economic environment was one of the most distinctive features of this reform. As opposed to the previous reforms in the Moroccan education system which were somewhat one-sided, the new education reform was characterized by the participation of all actors including syndicates.

This reform was believed to be a comprehensive national project which would change the Moroccan schooling system once and for all because of efforts by both political and civil parties.

In the end, however, little progress was made with respect to the quality of education students received. To put it differently, Moroccan schools still do not produce learners with strong critical thinking skills. Some do not even know how to read and write. What would you expect from a student who cannot write his/her name in French after twelve years at school?

Worse than this has been the students’ inability to meet the requirements of the labor market. Very few students can compete on a global scale, and those who can are exceptions. Apparently, the 1999 reform has proven to be a complete failure, because it did not bring about any healthy changes to the Moroccan education system but rather made it worse.

To compensate for this fiasco, the Ministry of Education introduced the Emergency Plan (2009/2012) which targeted the most essential goals set earlier by the National Charter for Education and Training.

A year earlier, this strategic procedure was being prepared and studied by Moroccan and foreign experts, so it set four objectives to be achieved at the end of the plan: Making schooling compulsory until the age of 15, setting a defined program with specific goals, adopting a participative approach to which all the parties will contribute equally, and setting a close follow-up strategy.

Morocco launched several projects to put the goals into action. For example, regarding the first goal, more than eight projects were launched, including improving the quality of school life.

Despite the efforts and massive funds allocated to accelerate the reforms, the Emergency Plan was no different from the former reforms in the National Charter for Education and Training.

Quantitatively speaking, the ratio of children enrolling in school has increased significantly, more schools have been built especially in rural areas, and some schools have gotten access to the internet. Yet, all of this does not matter if the quality of education is still low and unable to achieve excellent ranks globally.

This gap between what has been done so far and what is really needed in education today has shown the impracticality of the reforms. Also, it has exposed the ministry’s less organized planning and lack of follow-up.

It seems that this chain of reforms is not going to finish and it has, instead, become a fad among ministry officials. The latest was the strategic vision launched in 2015; it is believed to have injected new blood into education in Morocco. This novel reform has been given 15 years to be put into action, a good indicator that middle and long-term strategies have started to take place.

It would be unwise to judge the reform just yet. Let’s wait and see!