Clashes broke out between protesters and security services, resulting in several injuries among police and protesters on Friday. 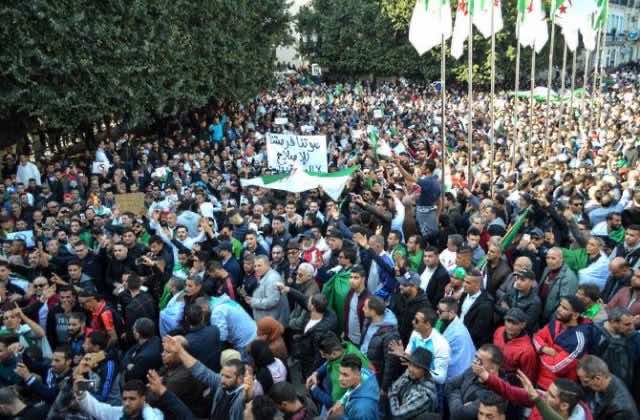 Rabat – “Bouteflika, leave!” and “No fifth mandate for you” are some of the most popular slogans chanted by Algerian protesters opposing the Algerian President’s decision to run for a fifth mandate.

Hundreds of students and activists took to the streets to condemn Abdelaziz Bouteflika’s decision on Sunday in Algiers.

Bouteflika has until midnight to depose his candidature to run for a fifth mandate.

The government mobilized hundreds of police and soldiers to face the protests. Similar protests are also ongoing in several cities and towns.

On Friday, clashes broke out between police and protesters, resulting in injuries among security services and demonstrators.

The protesters marched in major cities including Constantine, Setif, Tizi, and Algiers.

The protests started last week. Despite the massive demonstrations opposing Bouteflika’s decision, the 82-year president is determined to submit his official application to seek re-election.

In addition to the protests, activists also launched an online campaign to oppose Bouteflika’s fifth term.

The activists also launched the social media campaign, “Let Him Rest,” implying that Algerian elites are pushing Bouteflika to re-elect himself for the fifth term.

Algeria will hold its 2019 presidential elections on April 18.

Candidates have to submit their candidatures personally to the constitutional council, according to Sky News Arabia.

Bouteflika left Algeria last week for his “routine” medical check. Algerian news outlets did not report whether the president is currently in Algeria or he is still in Geneva.

It remained to be seen whether Bouteflika will make it to the constitutional council to submit his candidature personally before midnight.