The Kingdom of Morocco reaffirmed, on Friday in Abu Dhabi, its continued peaceful efforts to support the rights of the Palestinian people on the basis of international resolutions and the Arab peace initiative. 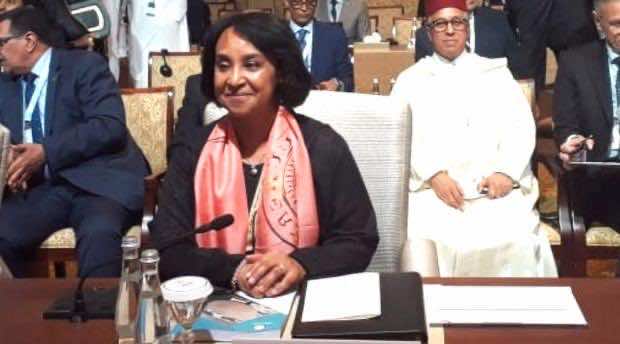 Abu Dhabi – Speaking at the 46th session of the Council of Foreign ministers of the Organization of Islamic Cooperation (OIC), secretary of State to the minister of Foreign Affairs and International Cooperation, Mounia Boucetta, stressed that Morocco, whose Sovereign king Mohammed VI chairs the Al Quds Committee, reaffirms its determination to pursue peaceful efforts to support the legitimate rights of Palestinians on the basis of international resolutions and the Arab peace initiative to achieve a two-state solution for the establishment of a viable Palestinian State with Al-Quds as its capital.

Boucetta also noted that respect for the territorial integrity of Islamic States, the preservation of their stability and security and the abstention from any form of interference in their internal affairs remain the main axes around which joint Islamic action is articulated.

The secretary of State affirmed Morocco’s full readiness to get involved in any new dynamics of joint Islamic action and to exchange experiences in this field in the service of the Islamic Ummah.