As Algerians take to the streets to express their frustration over an unfit president’s determination to stay in power, the ruling party will have no choice but to give in to social pressure.

Rabat – President Abdelaziz Bouteflika’s decision to run for a fifth mandate was not only a miscalculation. More than a mishap, the move now stands for a “discredited” and “weakened regime” that no longer has a place in Algeria’s political scene.

That is according to Ali Benouari, a former minister under President Bouteflika. Speaking to Swiss outlet Tribune de Geneve, the former Algerian treasury minister spoke of the country’s president as a shadow of his former self.

No longer the buoyant, militant, and loved character he once was, Bouteflika has become the one name that no Algerian wants to associate with “president,” Benouari argued. The sight of an old, ailing, dying president is one theater that Algerians can no longer bear.

When the National Liberation Front (FLN), President Bouteflika’s party, realizes that a fifth term is “impossible,” both the party and the president will be obliged to give in to popular pressure, according to Benouari.

“He will not run because no doctor in Algeria will deliver him a medical certificate saying that he is well and fit to run for president.”

Further hammering home the mission-impossible-filled sense of the FLN’s and President Bouteflika’s desire to remain at the helm of the country, Benouari explained that “it is now an open secret” that the president is terminally sick and ill-disposed to run the country.

“There is absolutely no doubt about his incapacity to govern Algeria…. Politically, it is over for him. He has reached his end, and is rejected by the people. ”

Benouari’s severe indictment of the Bouteflika regime comes amid popular unrest as waves of Algerians—especially students and unemployed youth—take to the streets to protest against Bouteflika’s candidacy for a fifth term.

According to the former minister, the president’s entourage knew that a fifth term bid could public furor. So why did they make the move anyway, in spite of the potential risk of worsening the country’s longtime crisis of economic underperformance?

“Because they want to buy time… They will resist until they find themselves an honorable exit door,” Benouari offered.

As far the president entourage is concerned, the political theatre playing out in Algeria is more about saving themselves than it is about loyalty to President Bouteflika.

“There are signs of panic in his entourage. Members of his inner circle are in search of an exit opportunity,” he said. “In 20 years they squandered $1000 billion. They fear that they will be sued and imprisoned after Bouteflika leaves the presidency.”

While the regime has been weakened and is about to be outgunned by two or three opposition figures who have grown in popularity, it will fight for survival until it finds “an honorable exit.”

Algerians have made it abundantly clear that Bouteflika has no chance to contest again, and a replacement for Bouteflika is now a “matter of utmost urgency” for the FLN.

Even then, though, the presidential entourage will have hard time finding a replacement that the Algerian people can trust and relate to. Having suffered economic stagnation and political paralysis under Bouteflika in the last years, Algerians want an “independent political figure” that will inspire change and instigate “total rupture from the current infective regime.”

While Benouari’s remarks may be politically motivated—he was denied a place in the race for president in 2014—his scathing indictment of the current Algerian regime has been buttressed by the ongoing protests.

So big and unexpected have the waves of protesters been in recent days that some are already speaking of the “beginning of the end” for the Bouteflika regime.

Like Benouari, the general mood seems to be that Bouteflika and his clan cannot survive the ongoing popular outburst of frustration.

A recent BBC report called the protests “a rare show of dissent,” emphasizing that the North African country has not witnessed such exhibition of public fervor since the chaotic 1990s.

And while President Bouteflika’s presidential obstinacy sparked the uproar, what the protests boil down to an accumulation of grievances and resentment.

“There is a sense of awakening. Past lessons have been learned. The Algerian people has gained in maturity. It [the people] is now taking its fate in its own hands,” Benouari said. 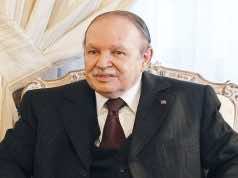 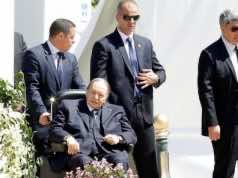