Moroccan-Italian Yasmine Ouirhrane’s headscarf was too distracting for some commentators to see her accomplishments, as Women’s Day tomorrow promises to celebrate all women’s social, economic, cultural and political achievements. 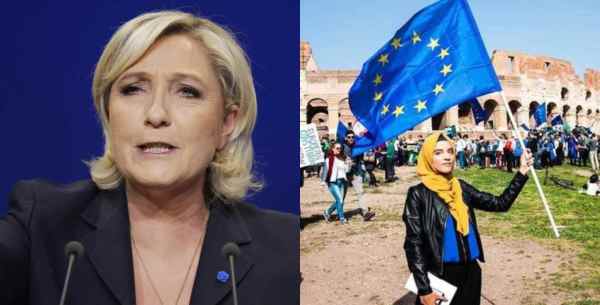 By
Ahlam Ben Saga
-
Ahlam Ben Saga is a Cultural Studies graduate from university Mohammed V of Literature and Humanities in Rabat.
Mar 7, 2019
Spread the love

Rabat – While some congratulated and felt inspired by Yasmine Ouirhrane becoming this year’s Young European of the Year as a Muslim woman, others were too focused on her headscarf to notice her success, including Marine Le Pen.

Yasmine Ouirhrane, 23, won Schwarzkopf Foundation’s 2019 European of the Year prize dedicated to young Europeans “who have worked in an honorary capacity towards the understanding between people or integration of Europe.”

The fact that Ouirhrane is a veiled Muslim woman born to a Moroccan immigrant father and Italian mother did not please anti-Islamists or those against the “Islamisation of Europe.”

The French far-right leader Marine Le Pen criticized the decision to award Ouirhrane, referring to the next elections to the European Parliament in France which will be held on 26 May 2019.

She tweeted: “The European Union assumes its choices. On May 26, you’re the ones who will have to choose! For us, the promotion of radical Islam is a NO!”

French politician and former journalist Robert Menard, the founder of Reporters without Borders (RSF) was not happy with the foundation’s decision to award  Ouirhrane.

He tweeted on March 4: “Here is the young European model to the EU Parliament. Will the next one be behind a burqa?”

Many Twitter users replied to Menard’s statement, some of them saying that he failed to see the real picture.

Nicolas Cadene, the General Rapporteur of the National Observatory of Secularism in France, also tweeted in responde to Menard saying: “you only see the headscarf. Yasmine is first and foremost a student who lives between France and Italy, speaks 5 languages, and works for social integration, empowerment of immigrants’ children, and fights against extremism.”

Ouirhrane speaks Italian, French, Arabic, English, and Spanish and has broad experience with the United Nations and other organizations empowering underprivileged youth and women and promoting education.

She studied international relations at Sciences Po Bordeaux in Pessac, France and is an is an expert in peace and security at the AU-EU Youth Cooperation Hub, a multi-stakeholder initiative.

She also works as an advocacy member at United Network of Young Peacebuilders, who led a delegation of 20 underprivileged students to attend the European Youth Event 2018. Ouirhrane also helped organize the European Youth Forum’s 2018 YOFest in Strasbourg. 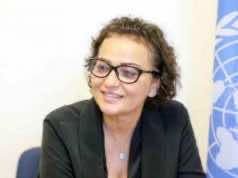