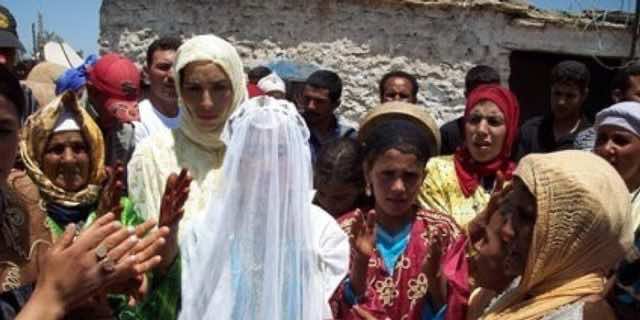 HCP acknowledged that girls remain the majority of the victims of child marriage, representing 94.8 percent (45,786 girls) of married minors.

The note added that almost one-third of married minors (31.1 percent) already have at least one child, and the vast majority of non-single girls are housewives (87.7 percent).

A previous study from HCP explained that child marriages actually increased in Morocco between 2007 and 2015. Child marriages can be legalized if the family gets a waiver for the minor. The number of waiver requests for minors, which are usually granted, increased to 41,669 in 2015, compared to 38,331 in 2007.

The study suggested that the increase in marriages of minors was caused by traditions and a crisis of deteriorated values.

While Morocco has not published recent statistics about child marriages, some associations have estimated the large number of minors who enter wedlock in Morocco, especially in rural areas, each year.

The “Droit & Justice,” an organization specializing in promoting rule of law in Morocco, found that 30,000 child brides get married each year in Morocco.

Education is no better

Despite progress, women are still disadvantaged, especially in rural areas, according to HCP.

The March 8 note emphasized that one in 10 girls aged 7-12 dropped out of school in rural areas and 15 percent of girls aged 15-24 are illiterate.

The statistics from 2014 show that six out of 10 rural women remain illiterate compared to 35 percent of rural men and 30 percent of urban women.

In 2018, Morocco’s National Observatory for Human Development (ONDH) again found that illiteracy is higher in rural areas, noting that 8 percent more boys went to high school than girls during the 2012-2017 period.

HCP presented data from the 2018 National Employment Survey that reveals women’s labor participation rate is only 22.2 percent. The rate for men is nearly three times higher.

The note emphasized that the unemployment rate of women is continuously increasing and remains much higher than that of men.

“In 2017, almost 40.5 percent of employed women are family helpers who receive no remuneration.”

HCP added that only 8.9 percent of employers and 14.1 percent of the self-employed are women.

The alarming findings reveal that more than a quarter of young people between the ages of 15 and 24, or 1.7 million young Moroccans, do not work, are not in school, and are not pursuing any training, of which 80 percent are women.

HCP said that the urban fertility rate is as low as that of France, 2 children per woman, thus falling below the population replacement rate.

The Moroccan government adopted a law last year to combat violence against women and to curb gender discrimination.

Moroccan and international activists criticized the law, arguing that it has several loopholes.

Law 103-13 on gender-based discrimination criminalizes sexual harassment and assaults in public spaces as well as cybercrime.

Although HCP did not provide updated statistics, the number women subject to violence is alarming.

HCP revealed that 63 percent of women had experienced violence in 2009.

Defending the law, Minister of Solidarity and Family Bassima Hakkaoui said that the law against violence on women ensures the “protection of women at a very high level, it will frame people, raise awareness about the issue of violence, and the issue of discrimination of Moroccan women.”