South Africa has finally accredited Morocco’s months-long-appointed ambassador to Pretoria. But the profound divergences between the two countries mean that no one should be getting ahead of themselves. 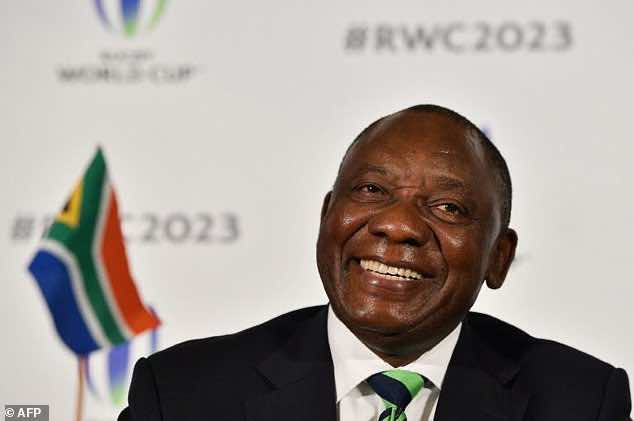 Rabat – Pretoria has finally acknowledged the diplomatic credentials of Morocco’s new ambassador to South Africa, according to a Moroccan diplomatic source quoted earlier this week in a number of Moroccan publications.

Are Rabat and Pretoria finally ready to bury the hatchet and nourish the peaceful diplomatic ties that the AU is increasingly requesting of continental giants? The answer is complicated, but at least the two countries appear to be considering rapprochement.

“The Ministry of Foreign Affairs and International Cooperation received this week a letter from South Africa,” the Moroccan source was quoted as saying.

The letter, the source explained, came with the good news—as far as African affairs are concerned—that South Africa would finally accept the hand that Morocco had extended in August 2018.

More than an appointment

When King Mohammed VI appointed 14 new ambassadors in August 2018, the one appointment that generated comments in diplomatic circles was the appointment of Amrani to represent Morocco in South Africa.

Of paramount importance in such debates was the profile of the newly-appointed Moroccan ambassador to Pretoria.

While traditional ambassadorial appointments often have to do with changing from one ambassadorship to another or promoting promising young civil servants at the foreign affairs ministry, Amrani was already an established—and revered—senior in Moroccan diplomacy.

As Moroccan ambassador to a number of South American countries between 1996-2003, Amrani played a considerable part in Morocco’s ongoing diplomatic breakthrough in Latin America, a region mostly known for its endorsement of “revolutionary” and Marxist-communist movements like the Polisario Front.

After his Latin American years, Amrani joined the Ministry of Foreign Affairs in Rabat, where he occupied a number of “strategic posts,” including chief of the bilateral relations office, secretary general of the ministry, and delegate minister.

Prior to his appointment as ambassador to Pretoria, he most recently served as the chief of mission at the Royal Cabinet. In that position, Amrani was part of the restricted circle of senior dignitaries advising the King on matters of utmost diplomatic significance.

In appointing Amrani to the Pretoria office, the King was sending another part of the message he addressed to his AU counterparts on the day Morocco officially returned to the organization in January 2017.

Now that the North African kingdom is “back home,” it plans to make its mark on continental politics, including being present in previously uncharted waters for the advancement of its “legitimate interests.”

More than an appointee, Amrani will be a missionary in South Africa, the heart of his task being to progressively engineer a diplomatic common ground with South Africa, a strong Polisario supporter.

The long road ahead

For Amrani’s mission to be possible, or start, however, it needed Pretoria’s stamp. The alleged letter the Moroccan diplomatic source referred to was that stamp. Even though the stamp came very late—more than seven months after Amrani’s appointment—and very half-heartedly, it may be enough to suggest that some things are changing.

But South Africa suggested it had reasons for delaying Amrani’s confirmation. The divergence between the two countries hit its lowest mark in 2004 when Morocco’s ambassador to Pretoria hurriedly left his post. Morocco was protesting against South Africa’s recognition of the Polisario-declared Sahrawi Arab Democratic Republic.

After overtly opposing each other’s interests for over a decade, Rabat and Pretoria finally gave signs of normalization in November 2017, when King Mohammed VI met with then-President Jacob Zuma at an AU summit in Abidjan, Cote D’Ivoire.

That was less than a year after Morocco joined the AU, and the suggestion was clear: Establishing firm relations with other African nations has become the center of gravity of Morocco’s new “royal diplomacy.”

As news articles suggesting a “new African momentum” in Rabat-Pretoria ties began spreading, explaining the benefits of normalized ties between the two countries, Pretoria announced that it was poised to consider opening a new page with Morocco.

Mxolisi Sizo Nkosi, a senior official in the South African foreign ministry, said in the aftermath of the Abidjan meeting that “the ball is Morocco’s court if the Kingdom wants to return an ambassador to Pretoria.”

According to the South African official, “the starting point for any normalization of relations between Rabat and Pretoria would have to be Morocco replying to the 14-year-old South African request.”

Appointing Amrani was Morocco’s reply, putting the ball in South Africa’s court. And now that Pretoria has allegedly positively replied by accepting Amrani’s appointment, can the much-reported “new momentum” be said to have finally begun?
The answer will depend on how President Cyril Ramaphosa, who replaced President Zuma in early 2018, will reply to King Mohammed VI’s perceived insistence on intra-African cooperation.

The search for common ground is recognized as the primary goal of any successful diplomatic endeavor. Continuously befriending already friendly countries is singing to the choir. It is easy and demands little or no effort.

Good, outstanding diplomacy, on the other hand, requires efforts, dedication to brokering an agreement between parties seemingly destined to disagreement and hostility.

Much has happened since President Ramaphosa came to power.

Although President Ramaphosa has not engineered any substantive deviation from the official South African position on Western Sahara, he has given it a much fiercer pro-Polisario resonance. He has called on Morocco to “decolonize” Western Sahara and has vowed to throw South Africa’s international weight behind Polisario’s “Sahrawi cause.”

As Pretoria and Rabat will begin to slowly “discuss diplomacy” in the coming weeks and months, the usual diplomatic question will be raised, “What is in it for us?”

South Africa and Morocco know the answer to that question: There is a lot to benefit for both countries should they decide to cooperate.

“The cultural heritage between Morocco and South Africa should enable the two parties to move forwards,” Germany’s Deutsche Welle wrote in late 2017. The newspaper highlighted that rapprochement between Rabat and Pretoria will benefit an Africa thirsty for relevance and significance in global affairs, in addition to benefiting the two countries.

The same argument was made nearly a year later, this time by South African experts on African security. Reacting to South Africa’s election as a non-permanent member at the UN Security Council, they stressed that the country should be more neutral and flexible in African crises like Western Sahara.

A vision of “continental leadership,” “strategic clarity,” and “intra-African coherence and consistency,” they argued, should be the guiding principles of South Africa’s diplomacy, instead of “the current trap of worsening distrust.”

By agreeing to break nearly 15 years of diplomatic stalemate, South Africa and Morocco may have suggested that they are finally ready to discuss, and incrementally go beyond, their “strategic disagreements.”

But while the prospect of discussion between two countries that have avoided each other and fought each other on the diplomatic and financial terrains should be applauded, no one should get ahead of themselves. Premature celebration often ends in disappointment.

Amrani’s appointment is not in itself the end of an anachronistic age in Morocco-South Africa relations, but it may herald the beginning of a whole new era.