The police noticed a ‘strange shape’ on the control scanner screen, only to find five dead animals.

The Spanish police found the animals while screening the luggage of passengers on a flight from Casablanca. The woman is originally from Equatorial Guinea.

Border control agents asked the woman to take her suitcase through one of the control scanners, reported EFE. The agents noticed a “strange shape in the image and decided to open the suitcase.” They found five dead animals “hidden among the passenger’s clothes, without any documentation.”

The Spanish police said the woman may have wanted to transport the species for food because “in some countries, pangolin meat is considered exquisite.” Spain arrested the woman for “illegal trafficking in protected species” but later released her.

Porcupines, unlike pangolins, are not listed as an endangered species. The pangolin however, is critically endangered and is listed under the Convention on International Trade in Endangered Species of Wild Fauna and Flora.

The pangolin is the only mammal that has protective keratin scales on earth.

International law has prohibited the pangolin trade since 2000, but is popular for its meat and “medicinal virtues,” according to French newspaper le Monde. The insect-eater is one of the most sought-after specified by traffickers in Asia.

The pangolin is credited with powers to “cure diseases such as asthma and some cancers or to increase male virility.” The animal is so sought after that one pangolin can earn up to $1,000 on the black market.

The Organized Crime and Corruption Reporting Project on March 11 said that members of the Chinese Congress made a proposal “to ban the use of pangolin products in traditional Chinese medicine.” 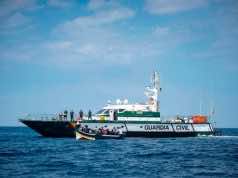 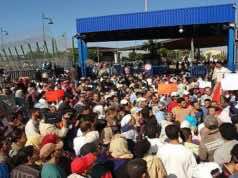