Rabat – Moroccan archaeologist Abdallah Fili will travel to Northwestern University’s Block Museum of Art in the US to present his research on trade and gold in the medieval Sahara, from April 22 to 26. Fili is a professor at Chouaib Doukkali University in El Jadida, a city on Morocco’s Atlantic coast.

The week-long symposium dovetails with the museum’s exhibition “Caravans of Gold,” which opened in January. The exhibition investigates medieval Saharan trade, uncovering overlooked ties between European, African, and Middle Eastern societies of the period.

The exposition questions typical narratives of medieval history that revolve around Europe, curator Kathleen Berzock said in a press release. It features medieval art and artifacts that have never been exhibited outside of the Sahara and spotlights the work of African researchers.

“With the exhibition we are inviting audiences to throw out their perceptions of medieval knights and castles and journey with us to a medieval world with Africa at its center,” Berzock said.

The museum partnered with archaeologists at research institutes in Mali, Nigeria, the UK, and Morocco, five of whom will join Fili at the symposium. The exhibition zeroes in on their field work, including Fili’s research on the medieval city of Sijilmassa, 90 kilometers south of Errachidia in eastern Morocco.

Known locally as the “city of gold,” Sijilmassa, at the northern edge of the Sahara, was a nexus of Saharan trade in the medieval period and the first to mint coins in gold. Its goods and currency circulated into Europe and the Middle East.

In Sijilmassa, Fili excavated fragments of materials like glass, lusterware, and terracotta, which the museum displayed in the exhibition alongside other art, an unconventional choice for a major art exhibition.

Morocco’s Ministry of Culture and Communication announced in February it will hold an international congress to celebrate Sijilmassa, part of its strategy to promote archaeological research in the country.

Morocco is rich in archaeological sites, particularly in the under-studied region of Western Sahara. Last year, Morocco classified its Jbel Irhoud site, where archaeologists unearthed the oldest-known remains of homo sapiens, as a site of historical national heritage.

Fili’s research is the latest work to bring Moroccan archaeology to the world stage. 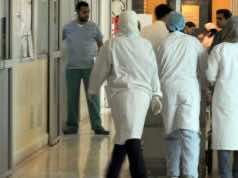 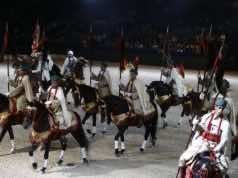 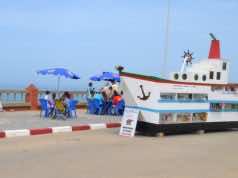 ‘Biblio-Beach’ to Promote the Culture of Reading in El Jadida 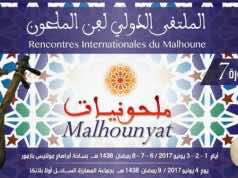 Everything There but Me: Short Story