As the terror attack on two mosques in Christchurch, New Zealand, shook the world, an Australian far-right senator blamed it on Muslim immigration.

Anning tweeted on Friday: “Does anyone still dispute the link between Muslim immigration and violence?”

In a statement, Anning said: “While this kind of violent vigilantism can never be justified, what it highlights is the growing fear within our community, both in Australia and New Zealand, of the increasing Muslim presence.”

Several politicians and international public personalities condemned the senator’s remarks, describing them as “disgusting” and calling him a “disgrace” to the Australian Senate.

The UK home secretary, Sajid Javid, strongly denounced Anning’s statements that came at a time of “grieving and reflection.” He wrote on his Twitter account: “Australians will be utterly ashamed of this racist man. In no way does he represent our Australian friends.”

Australia’s prime minister, Scott Morrison, commented: “The remarks by Senator Fraser Anning blaming the murderous attacks by a violent, rightwing, extremist terrorist in New Zealand on immigration are disgusting. Those views have no place in Australia, let alone the Australian parliament.”

Meanwhile, the former Australian Prime Minister Malcolm Turnbull wrote: “Fraser Anning’s comments today are contemptible. He is a disgrace to the Senate and, what is worse, by spreading hatred and turning Australians against each other, he is doing exactly what the terrorists want.”

Anning frequently tweeted anti-immigrant and anti-Islam opinions. Just three days before the attack, he tweeted, “Islam is NOT compatible with Australia and our politics.” The same day, he tweeted, “I stand totally against any Muslims in our Parliament.”

On Sunday, March 10, Anning expressed his support for citizens to bear arms to protect themselves from “African gangs and Muslim terrorists.”

Australians are facing dangerous African gangs and Muslim terrorists more and more frequently. We need castle doctrine and the right to bear arms so law abiding citizens can defend themselves against these murderous criminals.

A petition was created on Friday on Change.org, calling for the expulsion of Anning from Parliament.

The New Zealand city of Christchurch lived a nightmare on Friday. The terrorist attack on the two mosques left 49 people dead and at least 50 more injured.

Muslims and non-Muslims have all expressed sympathy and solidarity with the victims and their families. 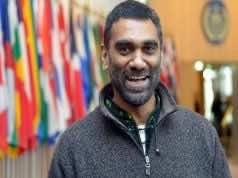 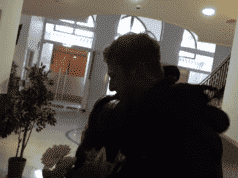 New Zealander in Netherlands Visits Mosque to Apologize for Attacks 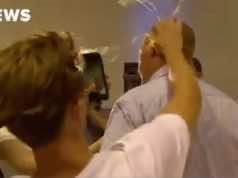 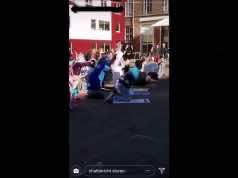