Zouhair Chorfi said the objectives of the conference would be in line with the goals the King outlined at Crans Montana.

Rabat – The UN Economic Commission for Africa (ECA) will hold a conference, beginning on Wednesday in Marrakech, focusing on three main topics: Fiscal policy, trade, and the private sector.

The secretary general of the Ministry of Finance, Zouhair Chorfi, reviewed the conference’s aims at a press conference at the ministry’s headquarters in Rabat on Monday, March 18.

The director of the UN ECA, Lilia Hachem Naas, co-chaired the press conference and said the conference will discuss “the African Free Trade zone, which will foster intra-African trade exchanges along with e-commerce and digital.”

Chorfi stressed the importance of digitalization, which he said “will open new horizons in Africa.” He said the conference will pay special attention to digital challenges.

The UN ECA’s 52nd session of the Conference of Ministers of Finance, Planning, and Economic Development will meet March 20-26.

Talks will revolve mainly around the relevance of African education and training systems in an evolving, digital, and knowledge-based economy. It will encourage exchanges of views from different outlooks and opportunities for Africa to respond to the future of work.

The conference will include a series of plenary sessions bringing together ministers from within and outside Africa, expert panelists, government officials, labor and employer organizations, international organizations, researchers, and civil society organizations.

Coinciding with King Mohammed VI’s address last week at the Crans Montana Forum in Dakhla, Morocco, this event will reportedly be in line with what the King underlined: Africa’s demographic advantages, sustainable development, youth dynamism, and digitalization.

“These aspects are a challenge not only to the African countries but also to the entire world, which requires adequate solutions,” Chorfi stressed. He noted, “Africa’s population is among the youngest with an average age of 19.”

Chorfi particularly highlighted unemployment among the youth and said it will be discussed at the Marrakech conference.

The conference will host more than 20 side events to speak to pressing issues in Africa, including one session on “Gender-sensitive budgeting: a strategic instrument for economic transformation and inclusive development in Africa.”

On January 30, during a two-day visit in Morocco, the executive secretary of UN ECA, Vera Songwe, signed an agreement with the Morocco’s Minister of Economy and Finance Mohamed Benchaaboun on the organization of the 52nd conference in Marrakech. 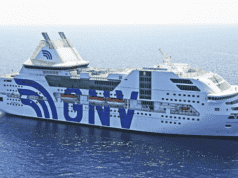 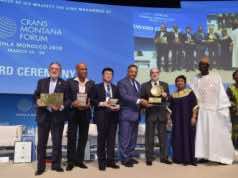 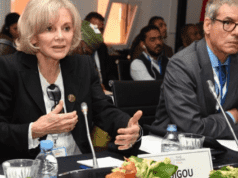 ‘I am delighted to Visit the Moroccan Sahara’: French Politician