Rabat – A new overview of Morocco’s economy for 2019 from the Oxford Business Group has presented a positive view of Morocco’s plans to address unemployment and other issues challenging the country.

Despite increasing external debt, Oxford Business Group forecasted a flourishing future in Morocco’s economy, thanks to aeronautics and several other industries.

For Oxford, “a rapidly improving business environment and infrastructural base, the gradual liberalisation of the local currency and increased investment into export-oriented industries are all set to raise living standards and drive the emergence of a large national middle class.”

For this to happen, the report advised Morocco’s senior officials to put “more effort into overcoming entrenched socio-economic problems and stubborn unemployment.”

Protests across the country emerged in recent years, pointing out lack of job opportunities, lack of healthcare, scarcity of potable water, and a poor education system.

In 2016 and 2017, protests circled the Rif region in the north with protesters decrying social disparities. The protests were sparked by the death of a local fishmonger in Al Hoceima province who was crushed in a garbage truck while trying to save his goods that had been confiscated.

The government addressed citizens in the aftermath of each protests by promising reforms and economic plans to curb socio-economic issues.

One of the plans created amid protests and unemployment was the Industrial Acceleration Plan 2014-2020.

According to the Ministry of Industry’s  description, the plan focuses on aeronautics, seeking to offer 23,000 new jobs in the sector by 2020.

The strategy received applause in the report, calling it a “general strategy for industrial development that seeks to create 500,000 new jobs in various industrial sectors including automotive, agro-industry, textiles, aeronautics and fishing by 2020.”

The report commented, “Authorities have also adopted a new National Plan for the Promotion of Employment in early 2018, which includes an emphasis on better education and training, as well as the organisation of a conference aimed at developing a national employment roadmap.”

Like other international and local reports, the Oxford Business Group found a gap in the rate of unemployment in urban and rural areas, with “the former standing at 14.3% in the third quarter of 2018, compared to 3.9% in the latter.”

The report also took into account age, recording that the youth unemployment rate is 27.5 percent.

“The kingdom suffers from underemployment, and 9.7% of the working population is underutilised.”

Last year, King Mohammed VI urged the government to use vocational training as a tool to fight unemployment.

“Vocational training is a powerful lever for employment, provided it receives the attention it deserves and as long as it is given a new status as well as a broader scope,” King Mohammed VI said on October 12, 2018.

Trade, international corporations, aeronautical and automotive sectors are at the heart of Morocco’s strategy to ensure a better business performance.

The outlook of the report said that Morocco’s plans to promote economic development through investment “has witnessed success, in particular in the automotive and aeronautics sectors.”

Oxford said that industry contributed an average of about 19 percent to GDP, and “in 2017 this increased, raising the sector’s contribution to around 25% of GDP.”

Oxford also forecasted an additional growth of 5 percent in the industry sector by 2022. 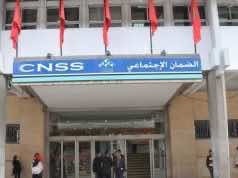