Moroccan women continue to be successful wherever they go. In Spain, a Moroccan-Spanish translator named Malika Embarek Lopez proved her proficiency in handling three languages.

By
Ahlam Ben Saga
-
Ahlam Ben Saga is a Cultural Studies graduate from university Mohammed V of Literature and Humanities in Rabat.
Mar 22, 2019
Spread the love

Rabat – Spain’s King Felipe VI and his wife Queen Letizia awarded the “National Prize for the Work of a Translator” to Malika Embarek Lopez, a Moroccan-Spanish translator at the National Culture Awards in Madrid on Tuesday.

Lopez, 74, has translated more than 50 books from French to Spanish and from Arabic to Spanish.

The jury said they chose Lopez because of her profound dedication to translation and her bridging of different cultures through the many works she translates from the best of French and international literature.

Lopez and other candidates won their awards in 2017 but only received them on Tuesday at a ceremony over which the King and queen of Spain presided at the Prado National Museum in Madrid.

The ceremony awarded experts in areas such as arts, cinema, and literature. ​

Lopez joins numerous other Moroccans in receiving international awards in 2019. In the field of cinema, another Moroccan woman shone recently in Egypt.

Kaddouri was already a woman of many awards. In October 2018, she won a prize for “Best Sound Editing” for the film “Sheikh Jackson” at the third Arabian Cinema Awards.

In February 2018, Kaddouri was awarded at Switzerland’s Festival Locarno for the film “Withered Green.”.

On March 16, a renowned Moroccan poet and novelist Bensalem Himmich won the Sheikh Zayed Book Award for his memoir “The Self: Between Existence and Creation.”

The book is a window into Himmich’s intellectual stances and career as a novelist. 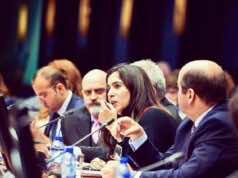 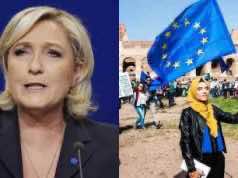