A new agreement with Finnish manufacture SabriScan marks the continued trend of Morocco establishing itself as a leader in the automotive industry in Africa.

By
Sydney McCourt
-
Sydney McCourt is Politics of Media and Representation major at the University of William and Mary, currently studying media, political science, and Arabic in Rabat.
Mar 22, 2019
Spread the love

SabriScan, a Finnish company founded in 1998, manufactures mold internationally for Tier One car suppliers such as Valeo, Hella, and Schieffer. It is the first mold supplier to have an agreement in Morocco.

In January, SabriScan opened a subsidiary in the automotive industry center in Tangier and has plans to expand further in the wake of the new agreement.

“We are very proud that [the Moroccan] Ministry has chosen us as a partner,” said CEO Jari Kokkonen.

Abdelouahed Rahal, the director of the automobile industry at the Ministry of Industry, Investment, Trade, and Digital Economy, said, “To have as a partner a high-tech mold supplier such as SabriScan is definitely a must to enable Morocco to become more competitive in the automobile sector.”

Both sides see the deal as mutually beneficial as SabriScan can better serve global clients from Morocco, while Morocco hopes the new agreement will attract more global companies to the country.

Additionally, the industry ministry is working with SabriScan to develop a training program for high-tech mold manufacturing. SabriScan would build a full-scale mold manufacturing unit with maintenance services and technical support and help with the training of young Moroccans.

Morocco has made significant efforts to step up its automotive industry in the past few years. In October 2018, the Wall Street Journal acknowledged Morocco as the automotive leader in Africa. Surpassing South Africa in passenger vehicle production in 2017, Morocco is a key supplier for European auto factories and is expected to outpace Italy in production in the near future.

Even with this success, Morocco is intent on further growth, seeking a significant foothold in the global industry. The government is determined to have the industry exceed MAD 200 billion in exports with a production capacity of 1 million vehicles by 2025.

Morocco has worked towards the accomplishment of this goal in two ways: Implementing corporate tax exemptions to attract foreign investment and making efforts to increase local integration in the sector to 60 percent by 2020.

Morocco uses investment incentives such as the tax exemptions to attract foreign investment. Currently, the incentives include a five-year corporate tax exemption and a 25-year exemption if the majority of the products are exported. Additionally, the government offers VAT exemptions, land subsidies, and rebates of up to 30 percent on investment costs.

Nexteer, an American automotive company, announced in February 2018 plans to open a production plant in Kenitra. Nexteer employs more than 10,000 people globally and produces parts for car companies such as BMW, Ford, Toyota, and Volkswagen. The facility, expected to open sometime this year, will be the first of its kind in Africa.

In October 2018 the French engineering and technology consulting group Alten opened an automotive center of excellence in Rabat. The center works to train Moroccan engineers and develop the ecosystem of Engineering Services Outsourcing (ESO). The creation of the center is expected to create upwards of 500 jobs in the automotive sector.

A solution for unemployment?

In recent years, Morocco has struggled to overcome high unemployment rates and strengthen its economy. According to a report by Morocco’s Economic, Social, Environmental Council (CESE), the economy is not growing fast enough to match either population growth or an increase in university graduates.

CESE reported that many young people graduate with skills unsuitable for industry needs. Programs such as the one established jointly by Morocco and Alten which provide young Moroccans with specific technical training seek to increase employment.

All of the foreign manufacturing investment agreements coupled with the rapid growth of Morocco’s automotive sector aim to stimulate the Moroccan economy and provide more industry jobs.

Andrew Baid, global CEO of Education for Employment, said in October that Morocco’s expansion of the automotive industry has been “a very concentrated, deliberate effort that needs to be replicated across other industries.” 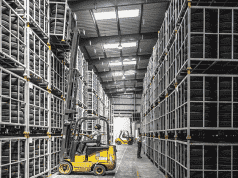 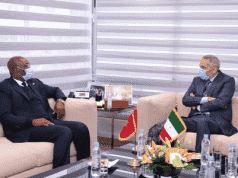 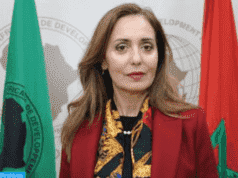