The UK’s Foreign Office has said the Golan Heights is an Israeli-occupied territory in violation of international law.

Rabat – The United Kingdom’s Foreign Office declared its rejection of US President Donald Trump’s recognition of Israeli sovereignty over the Golan Heights, which Israel captured from Syria in 1967. Israel later annexed the territory in 1981 and maintains control over it.

“The UK views the Golan Heights as territory occupied by Israel. Annexation of territory by force is prohibited under international law, including the UN Charter,” read the statement.

It continued, “We did not recognise Israel’s annexation in 1981 and have no plans to change our position.

Trump tweeted on March 21, “After 52 years it is time for the United States to fully recognize Israel’s Sovereignty over the Golan Heights, which is of critical strategic and security importance to the State of Israel and Regional Stability!”

Along with Russia, the French foreign ministry followed suit in dismissing Trump’s move as a breach of international law.

“The recognition of Israeli sovereignty over the Golan, occupied territory, would be contrary to international law, in particular the obligation for states not to recognise an illegal situation,” declared the French foreign ministry.

In 1981, Israel passed the Golan Heights Law to annex the area. Israel began establishing settlements on two-thirds of the area in the wake of the Six Day War, also known as Yom Kippur War.

However, the United Nation Security Council’s Resolution 497 declared the Israeli move “null and void and without international legal effect.”

In a briefing on March 22, the deputy spokesman for the UN Secretary-General, Farhan Haq, reiterated that the UN’s position is “reflected in the resolutions of the Security Council … Our policies have not changed on that regard.”

Dennis Ross, a former director of policy planning in the US State Department, told Israeli news outlet Haaretz that Trump’s call was a “mistake” and would make a peace plan harder to achieve.

“I don’t think it will contribute to [the administration’s] desire to present their peace plan. I think it will make it harder for Arab leaders to be responsive,” the outlet quoted Ross.

Israel deployed snipers and riot forces along its borders with Syria to counter any potential demonstrations.

In December 2017, President Trump recognized Jerusalem as the capital of Israel. He also moved the US embassy from Tel Aviv to Jerusalem in May 2018.

Read also: US Recognition of Jerusalem: US Embassy in Morocco Warns Americans of Potential ‘Violent Protests’ 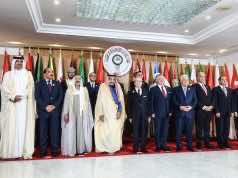 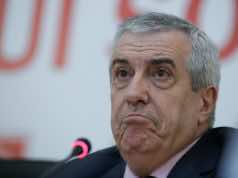