The Moroccan foreign affairs minister said on Monday that the AU should not reinterpret its 2018 decision to leave the Western Sahara conflict to the UN’s auspices. 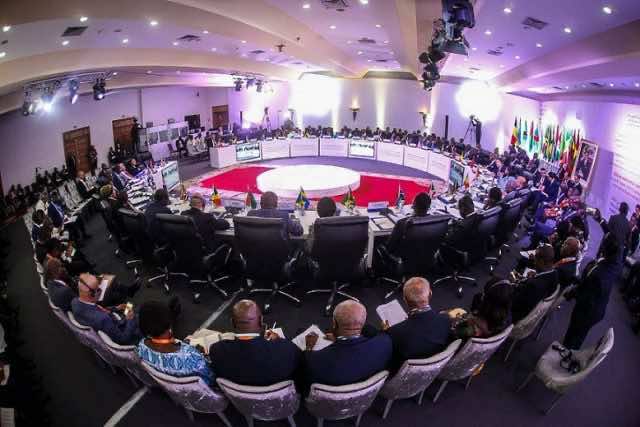 Rabat – The African Ministerial Conference on the African Union’s Role in Supporting the UN-Led Political Process in Western Sahara has issued its final declaration unanimously supporting the AU’s Decision 693, which reaffirmed the UN as the only authority to resolve the Western Sahara conflict. The conference met in Marrakech this week.

Morocco’s Ministry of Foreign Affairs shared a statement listing the fundamentals of the final declaration approved by the 37 African states attending the conference, including Morocco.

The 37 African countries, according to the ministry, agreed to welcome the “unanimous adoption” of the AU’s Decision 693 adopted in July 2018 at the 31st AU session in Nouakchott.

At the Marrakech conference, the African states also agreed to “preserve the spirit and the letter of the 693 Decision.”

The countries also believe that “any initiative to undermine the substance of Decision 693 could undermine the credibility of the partnership process and their contribution to the achievement goals of our continent.”

Nigeria, which recognized the Polisario Front in 1984, also attended the conference and signed the declaration, a testament to Moroccan diplomatic gains.

Notably absent from the meeting were Mauritania and Algeria, both involved in the UN-led political process in Western Sahara.

The Marrakech event also aimed to counter an event hostile to Morocco’s territorial integrity meeting this week in South Africa.

Algeria and several southern African countries are attending the SADC Solidarity Conference with the Sahrawi People in Pretoria, meeting March 25-26. South Africa and Namibia are hosting the event.

Algeria, South Africa, and Namibia, hostile to Morocco’s sovereignty over the region, have long held links with the separatist group of the Polisario Front, supporting their independence claims.

The symposium seeks to emphasize that the “solution of Western Sahara should be based on the principle of self-determination and decolonisation.”

The official said that the Decision 693 of the AU should be “neither reinterpreted, nor circumvented nor instrumentalized” because it enshrined the exclusive competence of the UN.