Hoping to tackle violence and sexual harassment targeting women, Morocco’s new Law 103.13 is leading the process one step at a time. 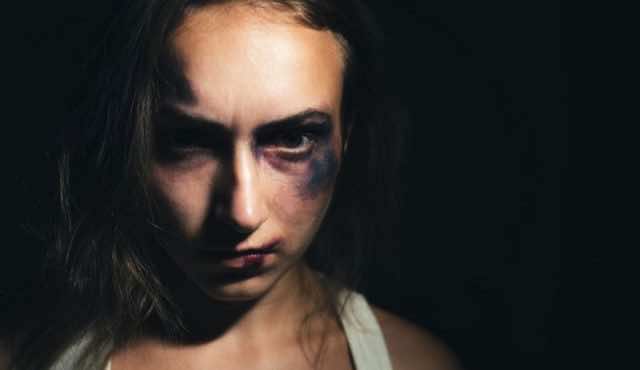 By
Ahlam Ben Saga
-
Ahlam Ben Saga is a Cultural Studies graduate from university Mohammed V of Literature and Humanities in Rabat.
Mar 29, 2019
Spread the love

Rabat – The weekly government council approved a draft decree against violence on Thursday on the elimination of sexual harassment and gender-based violence.

The draft decree 2.18.856—presented by Minister of Family, Solidarity, Equality and Social Development Basima Hakkaoui—aims to implement the provisions of Articles 10, 11, 3, 15 of Law 103.13 enacted in September 2018.

The aforementioned articles support female victims of violence through a number of mechanisms like cells and sectors-joint committees.

Article 10 dictates that “cells of support for women victims of violence shall be established within courts of the first instance, courts of appeal, central and decentralized services of the sectors in charge of justice, health, youth and women, the General Directorate of National Security and within the High Command of Royal Gendarmerie.”

Such cells will provide services such as reception, counseling, accompaniment, and other forms of support for female victims of violence.

Article 11 requires the establishment of a national committee for support of women victims of violence. “The National Committee shall meet at least once a year, or whenever necessary upon invitation by the president or the majority of its members.”

Article 12 stipulates the mission and tasks of the National Committee referred to in Articles 13, 14 and 15.

The tasks range from ensuring communication and national coordination between government sectors and central administrations concerned with violence against women, to “giving its opinion regarding the action plans adopted by the regional and local committees.”

The regional and local committees should determine the constraints and obstacles hampering the process of support provided for women, and propose appropriate solutions for them.

The committee works are open for any person interested in women’s affairs, any representative of institution or association “which the committee sees useful to invite,” reads Article 15.

During the meeting presided by Head of Government Saad Eddine El Othmani, the Government Spokesperson Mustapha El Khalfi and Hakkaoui enhanced the progress and achievements of the government’s equality initiative, “Ikram.”

The “Ikram 2” 2018-2021, which follows the Ikram 1 plan, seeks to combat violence against women and ensure equality between men and women on economic, social, and political levels.

El Khalfi added that the government is also taking measures to implement the national strategy for 2018-2030 to combat violence against women.

As for partnerships with civil society, El Khalfi affirmed that the government will finance women’s support centers throughout the next three years.

The government allocated MAD 72 million (over $2.7 million) to 223 support centers for women between 2012 and 2017 to improve services, said El Khalfi.

What is changing since enactment of Law 103.13?

Women’s associations in Morocco have identified loopholes in Law 103.13 and recently expressed disappointment.

On International Women’s Day, March 8, a Moroccan feminist association, the Union of Women’s Action (UAF), released a statement drawing attention to Moroccan women’s struggle with sexism, gender-based violence, marginalization, vulnerability to poverty, and lack of enforcement of their legal rights.

In its statement, UAF said that “ the promulgation of Law 103-13 fighting violence against women has been a great disappointment due to its inability to protect against [violence], prevent it, and end impunity.”

Because some offenders receive leniency, said UAF, the law will not allow the elimination of the violence “which affects two-thirds of Moroccan women.”

The association also rued the fact that Morocco ranked among countries with a large gender gap—137th of 149 world countries.

The World Bank’s Women, Business and the Law 2019 report published on February 27 ranked Morocco third of Middle Eastern and North African countries in terms of gender equality in law and business.