Rabat – Morocco’s berry exports increased remarkably from 66,332 tons in 2010-2011 to 115,442 tons in 2017-2018, announced the Minister of Agriculture and Maritime Fisheries, Aziz Akhannounch, at the National Festival of Berries in Kenitra.

Morocco exported on average 60 to 70 percent of the total production of strawberries, 90 to 95 percent of raspberries, and more than 95 percent of blueberries, with the region of El Gharb, Loukkos and Souss Massa representing the three main areas red fruits are cultivated the most.

The European Union demands red fruits from Morocco the most, with 90 percent of Morocco’s  total production going to EU countries, five percent to Asia, 1.5 percent to the Gulf countries, and 4.5 percent for the North American Free Trade Agreement (NAFTA), Africa, South America, Central and Eastern European Countries (CEECs), and Oceania.

He also said that in 2018 the export volume increased by 48 percent compared to 2017, generating MAD 5 billion compared to MAD 2 billion.

Rabat-Sale-Kenitra Regional Director of Agriculture Aziz Bellouti said that the festival comes in recognition of the region’s agricultural potential, particularly with the respect to the quality of the land and the abundance of water.

The station, which is 90 percent owned by Australian group Costa and 10 percent by the English group World Berry, is equipped with a blueberry packaging unit with a capacity of 100 tons per day and a refrigeration unit of 8,100 cubic meters. 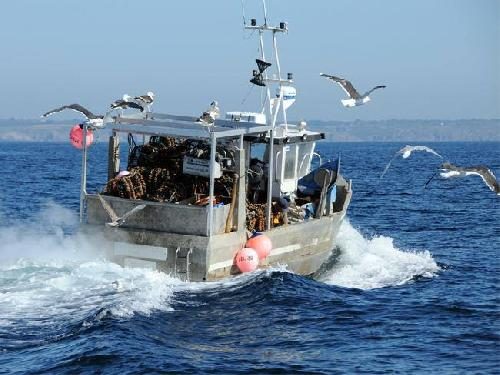 Morocco and EU To Open Negotiations On the Fisheries Agreement

Morocco Exports EUR 462.3 million Worth of Fruits and Vegetables to Spain